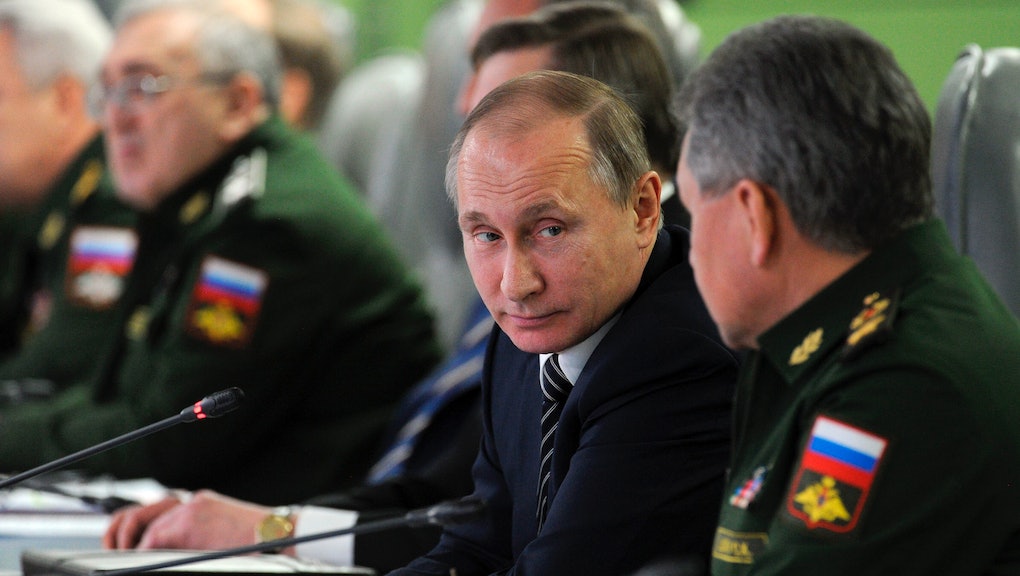 According to CNN, news of the withdrawal was handed down on the state-run Sputnik news service. Putin has apparently ordered the pullback to commence almost immediately. Though a small number of Russian troops will remain in the country for the time being, the Guardian reported.

"I think that the task that was assigned to the Ministry of Defense and the armed forces as a whole has achieved its goal, and so I order the defense minister to start tomorrow withdrawing the main part of our military factions from the Syrian Arab Republic," the Russian leader said, CNN reported.

Now even more pressure is on the Assad regime to reach a peaceful solution. Before the air strikes began, his government was rumored to be on the brink of collapse.

The United Nations special envoy for Syria, Italian-Swedish diplomat Staffan de Mistura, recently announced renewed peace talks between Assad's government and officials from some of the myriad militant groups that have taken over large stretches of the country are a "moment of truth," according to Al Jazeera.

But, despite what some say is growing evidence the Assad regime has committed numerous atrocities during the five-year war, the president's resignation is not up for debate. "We will not negotiate with anyone on the presidency," Syrian Foreign Minister Walid Moallem said, according to CNN.

Furthermore, representatives from the U.S. have expressed willingness to allow Assad to stay in power for a transitional period, while Russian diplomats have toned down their support for a permanently Assad-backed Syrian government, according to a guest column in the Washington Post.

Further problems include the strength of ISIS and the al-Qaida-backed al-Nusra Front, which comprise the main armed opposition to Assad and are unlikely to be included in peace negotiations; an ongoing two-week cease fire did not include either group.