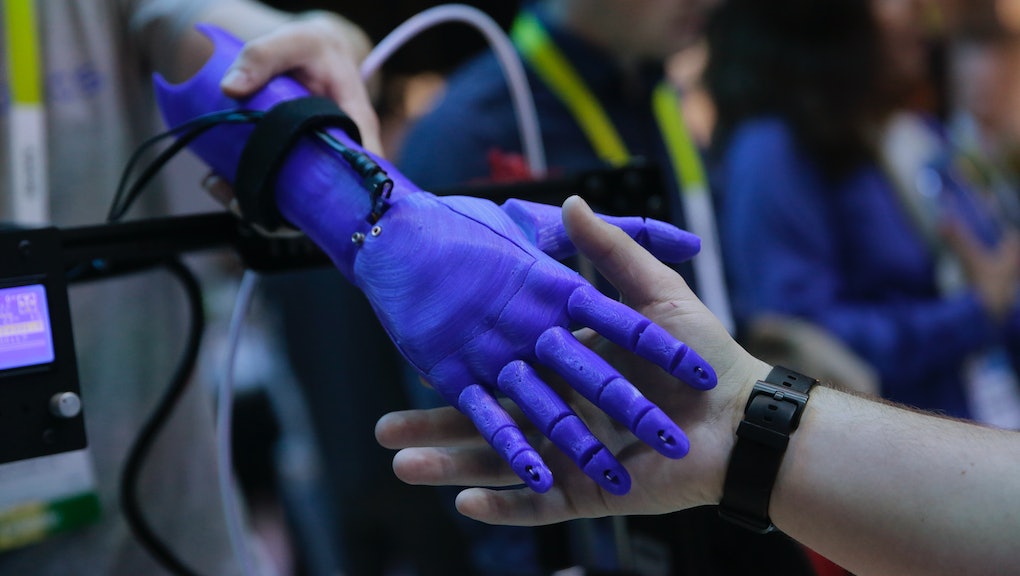 A huge step forward for the future of prosthetics was announced Monday.

Max Ortiz Catalan, a researcher at the Chalmers University of Technology in Sweden, has created the first prosthetic arm in the world with direct connection to the bone, nerves and muscles, according to Science Daily. Using an electrode neural control system connected to muscles and nerves, the prosthetic arm is able to handle an egg without cracking it, and provides the user with sensations and feelings that simulate a real hand's sense of touch.

Read more: Marie Moe Needs Everyone to Start Hacking Pacemakers. Her Life May Depend on It.

"The device becomes an extension of the human body through osseointegration, this means that it connects directly to the bone via a titanium implant," the article explains. "Thanks to the neuronal and muscle binding interfaces, a robust and intuitive control of the artificial hand is achieved." Basically, this setup allows one with the prosthetic limb to move it simply via thought. This technology, first used in 2013 by a patient named Magnus, could change the way prosthetics are used worldwide.

Currently, only two people in the world are using the new prosthetic system, but it is expected that 10 more patients will receive this new technology later on in 2016. "We aim to make technology that people can use in their daily activities, and we would like it to become a standard treatment for every amputation, thus prices would fall," Dr. Ortiz Catalan said.

The Chalmers University of Technology worked in collaboration with the Sahlgrenska University Hospital, as well as an implant company called Integrum AB.