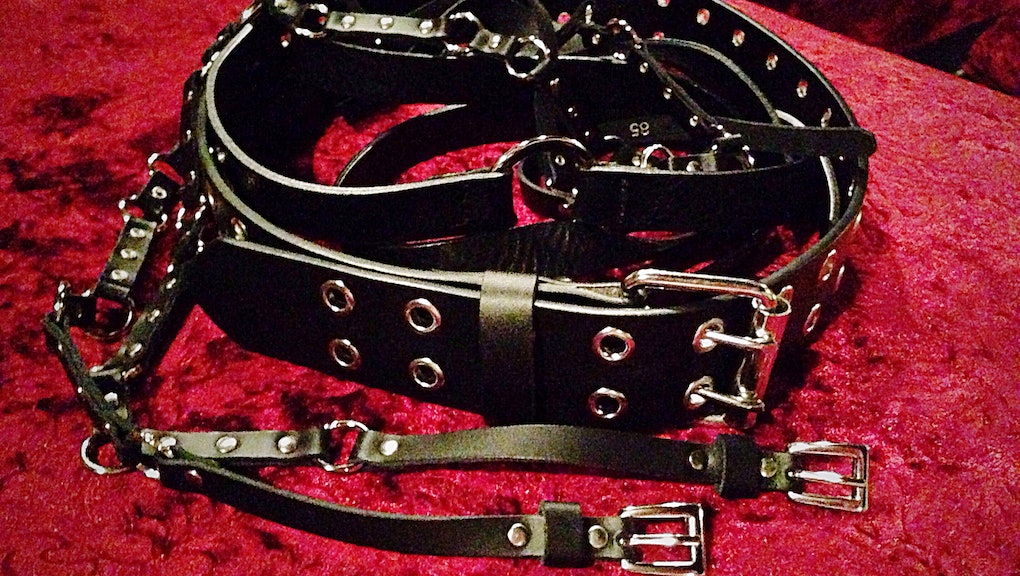 There's no shortage of raunchy stories from Airbnb users who've rented out their abodes, only to discover they've been destroyed by coke-snorting, hard-partying group sex enthusiasts. But what if you're looking to kick up the kink and find a change of scenery without destroying someone's apartment in the process? What if you need to rent, like, you know, a sex dungeon?

Then maybe check out KinkBNB, the "sex positive home-sharing community" that launched in 2015.

In a new interview with the Huffington Post, KinkBNB cofounder Ryan Galiotto said that he and Darren McKeeman started the company after a mutual friend of theirs had her listing removed from Airbnb without explanation. While the friend had a sex dungeon in her house, she didn't advertise it on the website.

"She believes there might have been a sex toy or something too provocative in her pictures," Galiotto said. (Airbnb policy prohibits any "vulgar" or "obscene" imagery or language in listings.) "When Darren heard about this, he to put up a mock site registering the address kinkbnb.com. Overnight, through just word of mouth, we had over a hundred people sign up."

It is clear that there was a serious need for a kink-friendly space in the sharing economy before KinkBNB came along — even though a love of whips and chains is perhaps more common than we think. Indeed, a study released Wednesday indicated that more people than we think (nearly half of those surveyed, in fact!) are kinky li'l freaks who enjoy things like voyeurism and fetishism and masochism.

In related news: On Monday, the New York Times released an educational video about male nursery web spiders, who are into bondage, cannibalism and "tying up females with spider silk before mating." So it's not just humans.