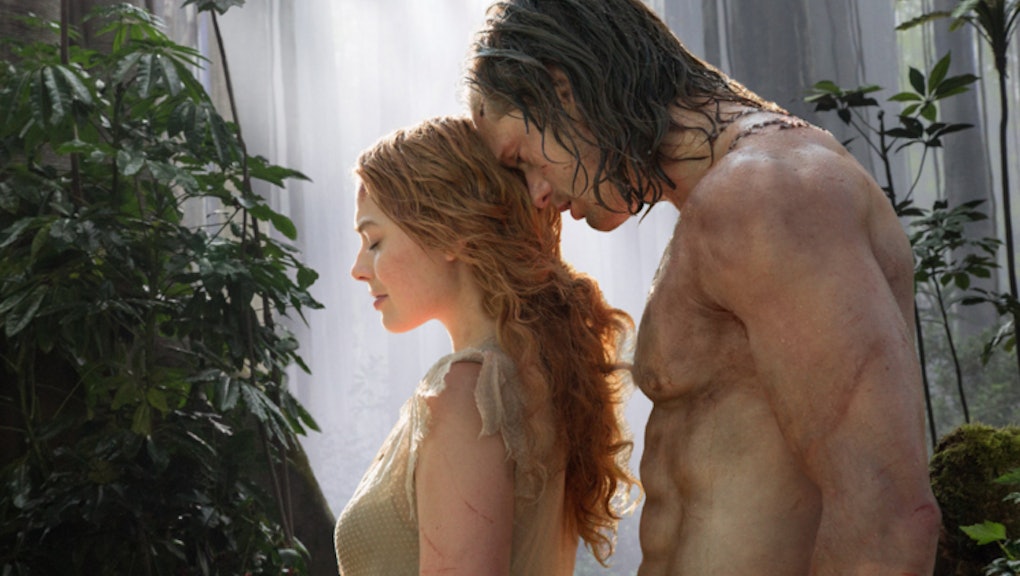 Alexander Skarsgård 'Tarzan' Workout: Here's What the Actor Did to Get Ripped

Swedish actor Alexander Skarsgård will play Tarzan in the anticipated Legend of Tarzan movie, opposite actress Margot Robbie as Jane — and he looks ripped AF, launching at a giant gorilla in the trailer. So how did Skarsgård transform from average-sized 39-year-old Swedish man to ruler of the apes and king of the jungle? With a strictly regulated eating and exercise regimen.

"A lot of chicken cutlets and crunches," Skarsgård told E! Online. "I obviously had a very, very good trainer. I basically had him and a nutritionist. I've never done anything like this before, this extreme."

Read more: Jennifer Lawrence Has a Fitness Regimen We Can All Get Behind

The actor was apprehensive at first. "I was just really nervous. It was a big challenge and I didn't know how my body would respond to the training and diet."

Watch Skarsgård in action in the two-minute teaser: