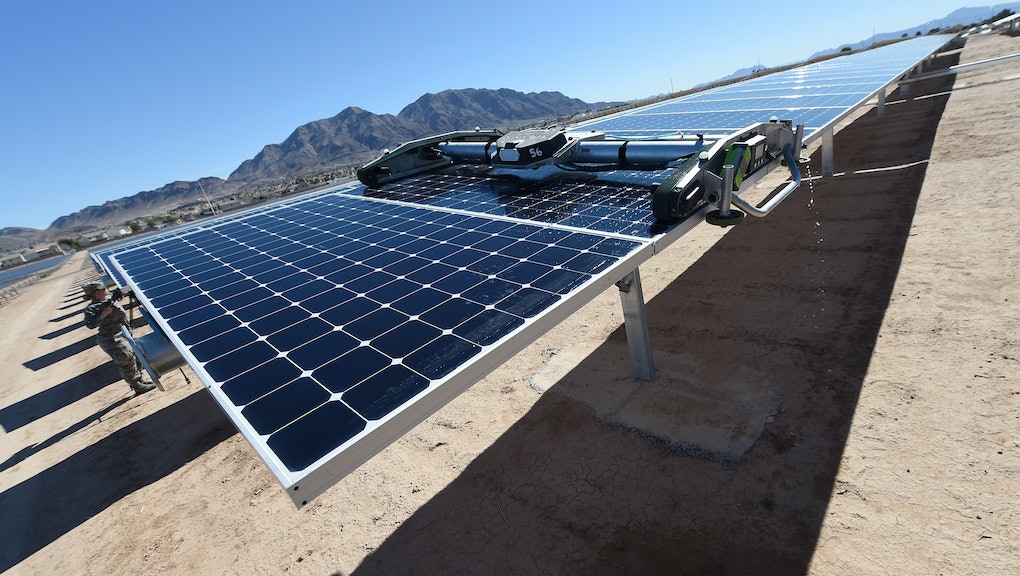 Two new reports indicate the U.S. is slowly shaking off the shackles of coal and gas.

For the fifth time in the last eight years, sales of electricity have declined. In 2015, electricity sales fell 1%, according to the U.S. Energy Information Administration. The biggest dip was in 2009, when electricity sales dropped by almost 4%. While there does seem to be an overall trend downward, that doesn't necessarily indicate the U.S. is using more renewable energy.

"Declining rates of electricity demand growth reflect a combination of factors," the EIA noted in its report, "including the market saturation and increasing efficiency of electricity-using equipment, a slowing rate of economic growth and the changing composition of the economy, which has reduced the role of electricity-intensive manufacturing."

The government's efforts to encourage better use of electricity may be having an impact on overall usage. Additionally, the country's investment in alternative fuels stands to further reduce use of fossil fuels. In 2015, the U.S. spent $56 billion on renewable energy, according to a report from Bloomberg.

In general, the country has been growing renewable energy since 2006, with its most significant investment in the field in 2011, when the region spent $64 billion. In 2012 and 2013, U.S. spending on wind and solar power wavered, but the last two years have seen positive momentum.

According to U.S. Solar Market Insight, solar energy is on the rise in the U.S. In 2015, Americans had installed enough solar cells to power 5.4 million homes. In total, the U.S. installed 7,260 megawatts of potential solar energy, up 16% from 2014.

Solar also accounted for 29.4% of new electricity-generating projects in the country, according to the report — ever-so-slightly eclipsing natural gas for the first time ever. Meanwhile, wind power initiatives made up 39%.

In 2015, the U.S. garnered 27.4 gigawatts of potential energy output. While that's better than previous years, it still lags behind other countries that have put serious work into adopting renewable energy.

The U.S. has made major strides, but it could still learn a lot from Germany's efforts — though change may come soon. Already this year, Congress is debating the merits of a top-down approach to energy via a possible bipartisan bill. However, this particular joint effort is likely to be hard-won. Conservationists will want a bill that beats back purveyors of fossil fuels, while others will want legislation that protects such companies.