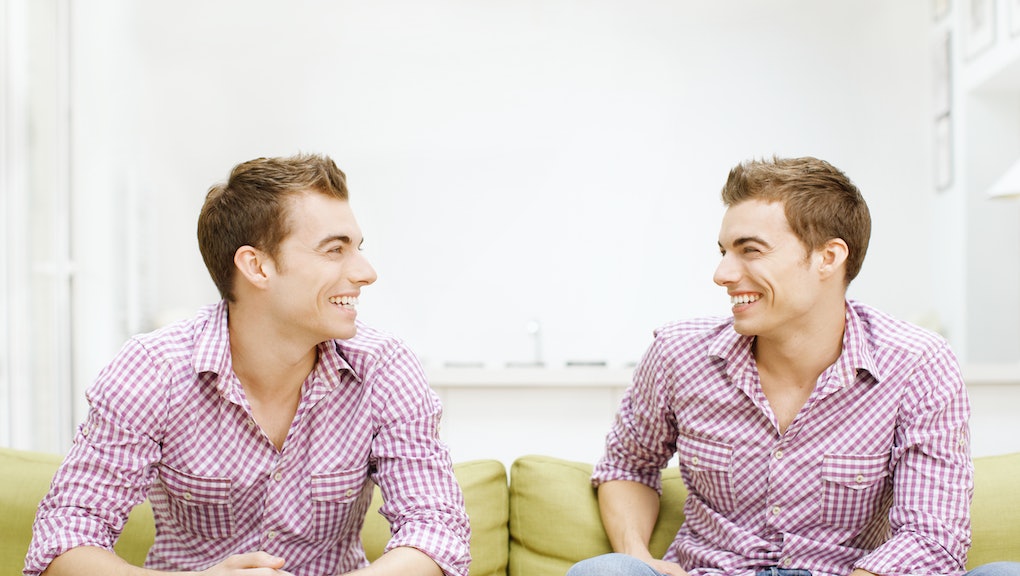 If Your Friend Is a Narcissistic Asshole, You Probably Are One, Too

A new study has just been released about that narcissistic asshole friend of yours who only talks about himself during conversations, and you know what's interesting? It turns out he is you! Also: You are him.

The research, published in Personality and Social Psychology Bulletin, declared that "narcissists of a feather flock together." The team reviewed questionnaires from 290 pairs of best friends to determine their levels of narcissism as well as their "Big Five" personality traits, including extroversion, agreeableness, openness, conscientiousness and neuroticism.

The researchers found that people who ranked high on narcissism tended to have friends who were also narcissists. "Results showed that the friends' similarity in narcissism significantly predicted similarity in all Big Five domains," the authors wrote, adding that people with similar levels of "psychopathy and Machiavellianism" also tend to be drawn to each other.

Of course, none of this is particularly surprising for a few reasons. Past research has also suggested that people with similar personality traits are more likely to befriend each other, so it follows that terrible people (ya know, like you and your friends) would gravitate toward each other as well.

The study also proves, beyond a shadow of a doubt, that your asshole friend is actually you, and also you are him. How have neither of you figured this out by now? Weird.