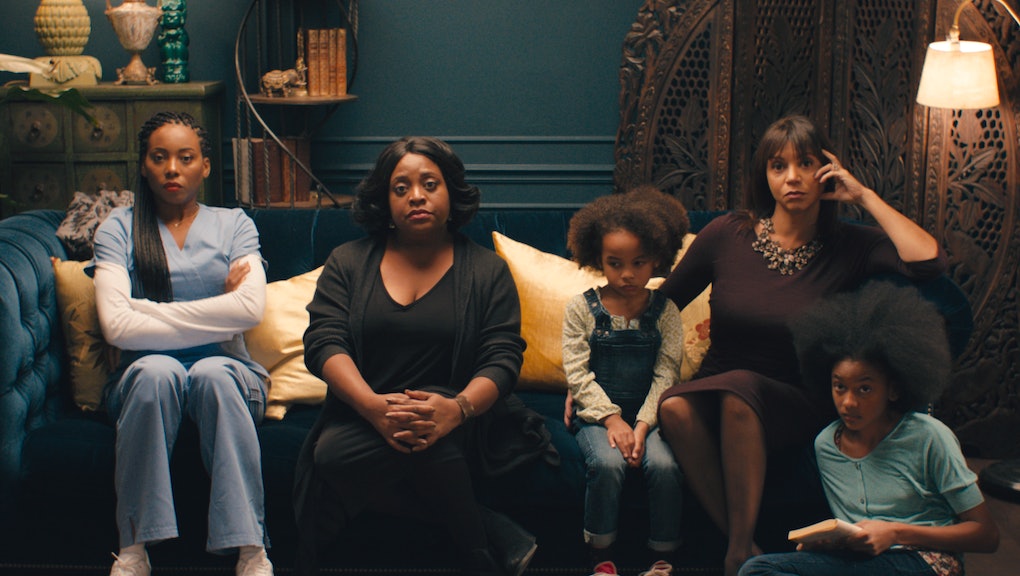 To Avoid #OscarsSoWhite 3.0, Academy Voters Should Pay Attention to These SXSW Films

AUSTIN, TEXAS — For the six weeks between Oscar nominations and the Academy Awards themselves, one story commanded far more of the conversation than any of the nominated films actually could: #OscarsSoWhite.

There were protests, boycotts and demands for change not just within the Academy, but for the film industry as a whole.

Then, amidst the second #OscarsSoWhite online protest in as many years, something extraordinary happened at the Sundance Film Festival: Fox Searchlight bought The Birth of a Nation, a film directed by and starring Nate Parker, in the biggest deal in Sundance history. The distributor paid $17.5 million for the rights and quickly set an Oct. 7 release date.

Read more: The Oscars' Decision to Diversify Membership Is Groundbreaking, Shocking and Necessary

In the flurry of excitement came expectations. The Birth of a Nation became something of a hope spot for those looking to avoid #OscarsSoWhite 3.0. It was a response, a remedy and a cure for a curse.

To really change the Oscars, however, The Birth of a Nation will not be enough. The changes to academy membership will not be enough. Hollywood's race problem will not be fixed by one Oscar-friendly film with a black director and cast this year. It's about changing the conversation from the festival level up to redefine what can be a hit — not just with the Oscars, but with audiences as well. Enter South by Southwest.

The 23rd year of the SXSW Film Conference and Festival included a remarkably inclusive set of films screen, from the astutely titled Black to the family dramedy Jean of the Joneses. There's the big-budget biopic Miles Ahead, and there's the driver-and-passengers drama 9 Rides. These movies feature black talent in front of and behind the camera, lending even more credence to the already obvious argument that representation behind the scenes leads to more in front of it.

Diversity is about more than just casting people of color, however; it's about telling stories that accurately and powerfully represent those people. Jean of the Joneses is based on a very simple concept: a multi-generational family of women that keep secrets from one another. It's a tale as old as family itself: First-time director Stella Meghie even told Mic she was heavily inspired by Woody Allen's Hannah and Her Sisters. Yet the narrative is rooted in the Jones family's blackness — changing the family's race would deeply affect the story.

Other movies at the festival serve as possible antidotes for Hollywood's preference of lily-white stories. Black is a foreign film about gang violence. Miles Ahead, the biggest of the films, stars Don Cheadle as jazz legend Miles Davis. 9 Rides follows an Uber driver as he interacts with his passengers through the night.

Yet aside from Miles Ahead, these films aren't attracting major attention like The Birth of a Nation. This could be ascribed to what kind of movies they are: Jean of the Joneses is a small movie with relatively unknown actors (ensemble standout Sherri Shepherd is the exception); 9 Rides is set in an Uber; Black's subject matter is brutal. But take a step back, and one thing becomes evident — these are just excuses.

Jean of the Joneses' inspiration Hannah and Her Sisters won three Oscars back in 1987, for the screenplay and actors Michael Caine and Dianne Wiest. It also earned $40 million off a $6.4 million budget. The Revenant, a movie just as brutal as Black, earned 12 Oscar nominations this year and almost $180 million at the U.S. box office. Miles Ahead is a biopic about a music legend, like Oscar-favorite Walk the Line. 9 Rides is the only of these that could be considered a hard sell for the academy — except for the fact that they're all about people of color.

As has been proven time and again, diversity is a winning bet at the box office. So, given proper budgeting and distribution (and good reviews, of course), we have four films from SXSW alone that could be huge hits. Yet as last year's Straight Outta Compton and Creed proved, films with black directors and casts that make bank at the box office aren't an automatic in with Oscar.

This is where the conversation has to change. This is where writers who cover these festivals, distributors who release the films and marketing teams who sell the films have a responsibility to change the narrative. This is where films about, by and prominently featuring people of color must be highlighted as Oscar contenders.

This is where the conversation has to change. This is where films about, by and prominently featuring people of color must be highlighted as Oscar contenders.

Jean of the Joneses isn't for one type of audience, as Meghie noted in her interview with Mic. It's a universal story about family, in the same vein as previous Oscar favorites like Hannah and Her Sisters, Silver Linings Playbook and The Fighter. It is a movie that should find distribution — and one Oscar voters need to watch.

"It's a matter of access and what people's interpretation of what is 'for them,' what they might enjoy," Meghie said. "A movie like mine, I can see a wide audience being interested in it. It comes down to: 'Is this on the same level of what is typically an Oscar movie, or typically a wide-release movie?' ... It's a matter of what light it's shown in. You give this to people and tell them it's for them, they'll believe you."

The same goes for Black, Miles Ahead and 9 Rides. Oscar voters should consider Don Cheadle's and Sherri Shepherd's standout performances. Directors of color like Meghie and 9 Rides' Matthew A. Cherry should fall into the same conversations as the usual white, male directors making movies this year, like Martin Scorsese and Clint Eastwood.

As actress Viola Davis put it in those long weeks between Academy Award nominations and the ceremony, the dialogue must be about systemic changes. "The problem is not with the Oscars," she said in an interview with Entertainment Tonight. "The problem is with the Hollywood movie-making system."