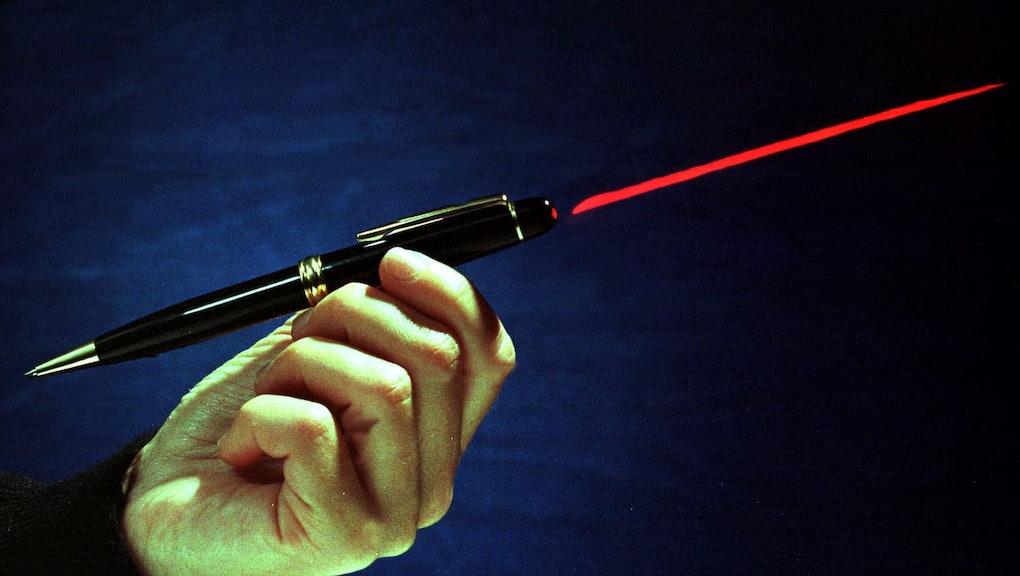 If there's anything possibly more annoying than someone narrating their every thought while watching a movie in a theater, it's when that same type of person breaks out their cellphone, causing a bright light to disrupt the experience and creating additional distractions. Well, China has discovered an ingenious solution to this international crisis: laser shaming.

"It's usually only a small fraction of the audience that we have to deal with," Shanghai Grand Theater employee Wang Chen told the New York Times. "They can't help themselves. So we try to give them a gentle reminder, so they know what they're doing," Chen said.

It would appear, according to the New York Times, that laser shaming is an effective way of getting people to put away their devices once they're caught red-handed — literally. However, wouldn't pointing a bright light at a bright light sort of worsen the distraction for other theatergoers?

Read more: China Is Creating a Thoughtcrime-Predicting Surveillance System for Its Citizens

"I remember the first time I saw the lasers, it was shocking to see that little red dot in the middle of a performance," Joanna C. Lee, who serves as "a consultant for American symphony orchestras touring China," told the New York Times. "Like someone was pointing a gun at the audience."

Beijing-based director of Ping Pong Productions Alison Friedman, who was horrified by the laser beams at first sight, seemed to agree. "It's one thing if it's a CCTV-style song-and-dance extravaganza with Las Vegas lights and flashing colors," she told the New York Times. "But if it's TAO Dance Theater, which is known for being stark, minimalist and clean, then to have red and green lasers accidentally bouncing onto that black-and-white stage is really disruptive."

The use of laser pointers to shut down cellphone users in theaters is a new test for ushers and theaters in the nation. However, as cellphones continue to permeate society and find their way into our most unplugged moments like watching performances, laser shaming could soon become commonplace in the modern age.

It seems like most ushers in America will be forced to continue the daunting task of walking from person to person asking them to stop taking selfies or texting their friends during shows, as there is quite a bit of legislation in the nation preventing the use of laser pointers.