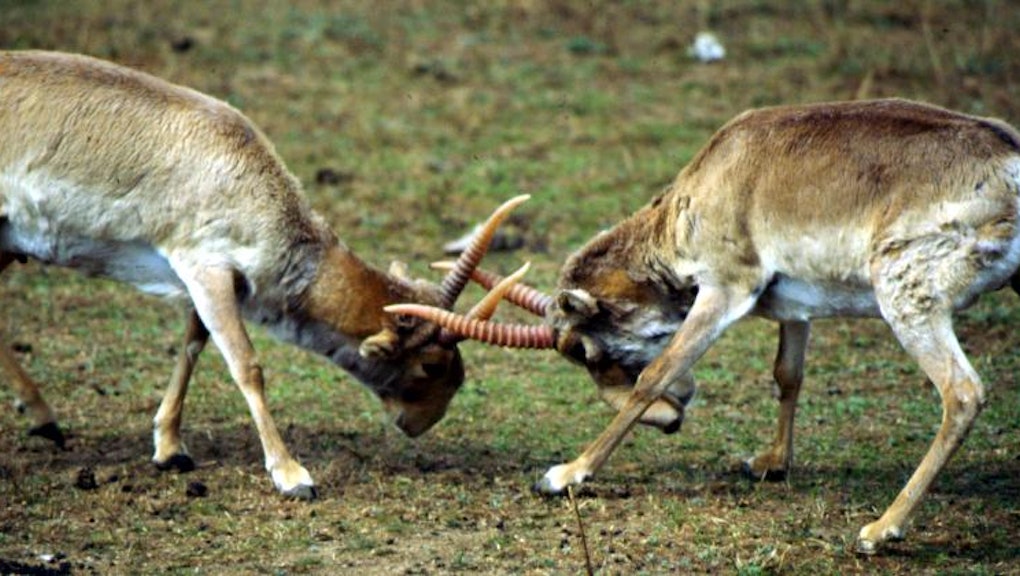 The world is a big place; So big, in fact, scientists are still identifying new species, like the eight new species of a long-legged spider found in Brazil in February. With plenty of wildlife left to explore, sometimes incredibly strange animals can be found.

"Science has identified some 2 million species of plants, animals and microbes on Earth," according to LiveScience. "Scientists estimated there are millions more left to discover, and new species are constantly discovered and described."

Here are some amazingly weird animals you may have never seen before.

Meet one of the most resilient life forms on the planet — tardigrades. Tardigrades are eight-legged micro-animals that can thrive just about anywhere on the planet, from ice, deep sea trenches to mountaintops — even outer space. "When faced with extreme conditions, tardigrades can dry out completely, replacing almost of the water in their bodies with a sugar called trehalose," Maeve McDermott wrote in a National Geographic blog. "As a result, they're able to survive environments that would otherwise kill them."

This odd-looking sea creature is known as the goblin shark. Although the shark appears to be the stuff of nightmares, humans don't have too much to fear. The goblin shark is rarely seen, as it stays near the bottom of the ocean. In May, the Australian Museum received the shark from a fisherman who mistakenly caught the creature. "The museum is calling the shark the 'Alien of the Deep' because it hunts for prey on the ocean floor, down anywhere from 984 to 2,952 feet (300 to 900 meters) below the surface of the water," NBC News reported.

Not actually a pig, these interesting creatures are instead a type of sea cucumber that can be found in every ocean on the globe. According to Wired, in some areas, sea pigs make up over 95% of the total weight of all animals that can be found of the deepest parts of the ocean. These creatures scour the ocean floor, eating whatever sinks to the bottom.

A moth that looks more like a hummingbird, the aptly named hummingbird hawk-moth's wings beat so rapidly that they produce an audible hum, reinforcing the illusion that the moth is actually the tiny bird. "Like them, they can remain suspended in the air in front of a flower while they unfurl their long tongues and insert them in flowers to sip their nectar," the official website of the United States Forest Service stated.

No, this creature isn't an extra from the Alien movie. The black dragonfish is a slender fish that lives in deep water, to the tune of about 2,000 meters. According to Discovery, the female dragonfish  does most of the work, by using its sharp teeth to capture other fish, while the male dragonfish is significantly smaller, has no digestive system, or teeth and its primary function is reproduction. The fish also is able to produce its own light, through bioluminescence.

The gerenuk, whose name means "giraffe-necked" in the Somali language, is a long-necked antelope that can be found in Africa. Gerenuk are primarily herbivores, but the way they forage for food is unique. "Gerenuk have a unique ability — they can stand and balance themselves on their hind legs to reach the higher leaves that many other animals cannot reach," according to Click 2 Houston.

An endangered species, nearly half of the global population of the saiga antelope died off in 2015, according to Nature.com. "There are all sorts of possibilities," E.J. Milner-Gulland, a conservation biologist at Imperial College London, told the Guardian when asked what caused the deaths of the antelope species. "Saigas are moving further north now than they have done in the past and may be encountering different pastures. Large amounts of rainfall can pose a problem, with lush grasses causing bloat. We need to rule out the transmission of disease from livestock." Known for its large nose, draped over the mouth of the saiga, the flexible nose helps the antelope breathe in dusty environments.

Another near-threatened species, the maned wolf has a unique characteristic: The mane on its neck stands on end when the animal senses danger. "The maned wolf is actually not a wolf, and also not a fox," according to the Verge. "It does belong to the canidae family, so it's a distant cousin of wolves, foxes and domesticated dogs. It is the largest canid you can find in South America, unless you bring your Saint Bernard there on vacation." This animal is omnivorous, meaning it feasts on reptiles, birds, eggs, fruits and vegetables.