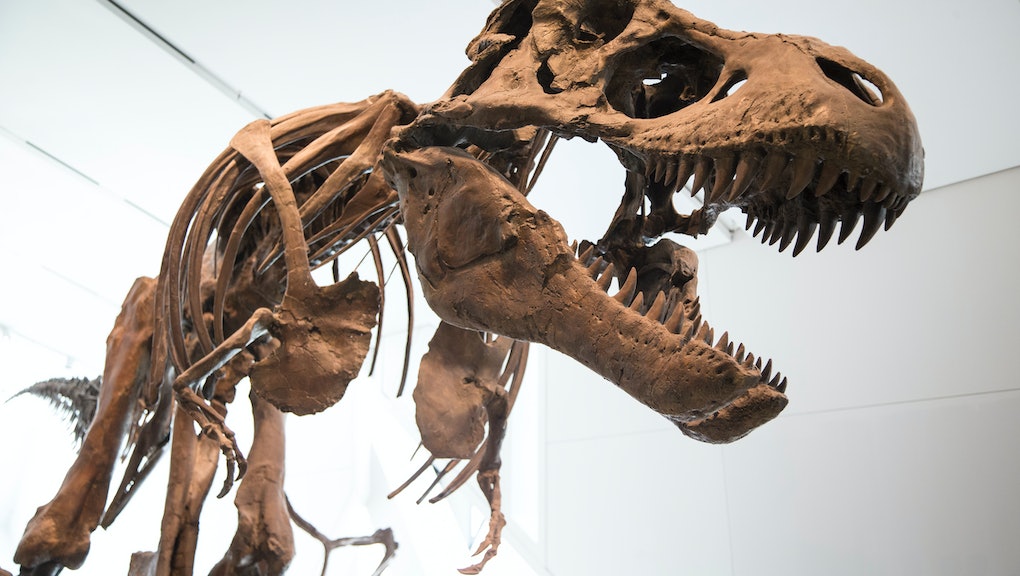 Scientists at North Carolina State University and the North Carolina Museum of Natural Sciences officially confirmed a 68 million-year-old Tyrannosaurus rex was a female dinosaur living in present-day Montana, and was a mother-to-be before her untimely death.

Their research, published Tuesday in Nature's Scientific Reports, reveals a single type of tissue known as medullary bone can ultimately prove whether a fossilized dinosaur was pregnant, and could play a major role in transforming how the scientific community identifies the gender of dinosaur artifacts worldwide.

Read more: Scientists in Chile Just Turned a Chicken Into a Half-Dinosaur. Welcome to 2016.

"This analysis allows us to determine the gender of this fossil, and gives us a window into the evolution of egg-laying in modern birds," the study's lead author Mary Schweitzer said in a statement, Washington Post reported Tuesday.

The researchers have been examining the tissue found in the artifact since 2005, but say their latest findings prove what they've thought all along. "All the evidence we had at the time pointed to this tissue being medullary bone, but there are some bone diseases that occur in birds, like osteopetrosis, that can mimic the appearance of medullary bone under the microscope. So to be sure, we needed to do chemical analysis of the tissue," Schweitzer continued in the statement.

As the Washington Post noted, "Medullary bone is unlike other bone types. It contains keratan sulfate and is only present during a brief window; once eggs are laid, you can't find it anymore." The researchers compared the medullar bone found in the 68 million-year-old artifact with that of an ostrich and chicken, ultimately confirming there was no doubt this dinosaur was carrying eggs in at least a very brief window before her death.

"It's a dirty secret, but we know next to nothing about sex-linked traits in extinct dinosaurs," Lindsey Zanno, one of the study's co-authors said in a release, Huffington Post reported Wednesday. "Dinosaurs weren't shy about sexual signaling, all those bells and whistles, horns, crests, and frills, and yet we just haven't had a reliable way to tell males from females. Just being able to identify a dinosaur definitively as a female opens up a whole new world of possibilities."