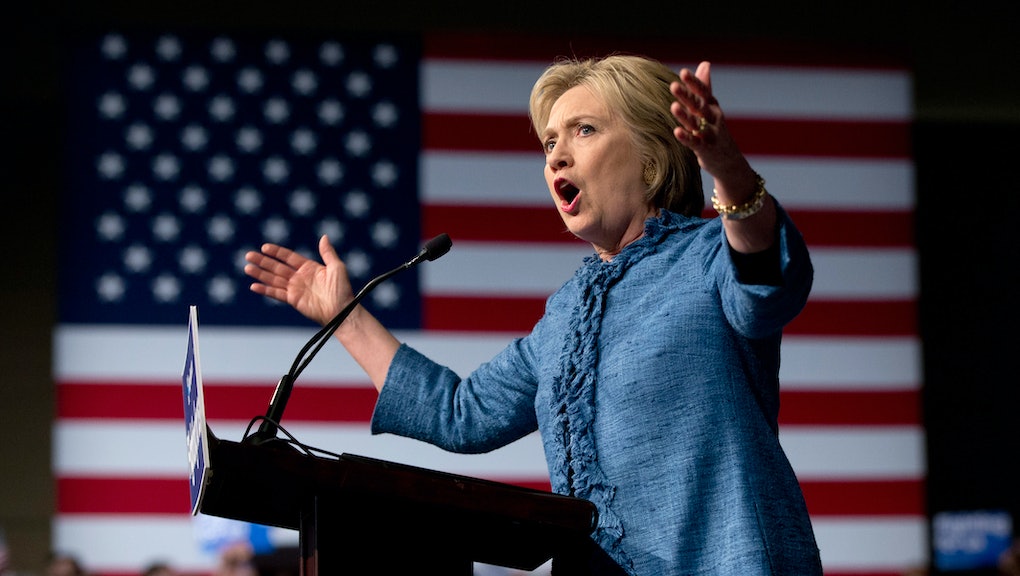 They say it's what you wear from ear to ear and not from head to toe that matters. But, in Hillary Clinton's case, she gets criticized for both.

After Clinton won primaries in Ohio, Illinois, North Carolina and Florida, the Democratic presidential hopeful addressed supporters in Florida with a rousing victory speech that looked toward the general election.

However, some political pundits felt it was more appropriate to comment on her (lack of) smile and her voice rather than the messages in her speech.

And a few other pundits thought her voice was a bit too loud.

Asking women to smile is just one of the many casual sexist phrases women hear every day. Whether it's Clinton or tennis star Serena Williams, victorious women are criticized if they don't celebrate their victory with a grin.

Clinton previously addressed statements that she shouts at the Democratic National Committee's Women's Leadership Forum. There, she said, "First of all, I'm not shouting. It's just when women talk, some people think we're shouting."

Women outside the political and competitive spheres also deal with the pressure to smile. This cultural norm is so pervasive that, at its annual September press conference, Apple digitally altered a frowning woman into a smiling woman to show the strength of their tech.

Actress Rowan Blanchard also spoke out against Instagram commenters asking her to smile in a series of pointed tweets.

According to Fazlalizadeh, telling women to smile "has nothing to do with a man making a woman feel better." She told MSNBC, "It has more to do with power and control."

She added, "It's about making her look more ladylike for [him] ... It comes down to men having women look like what they please. [Women] should smile when they feel like it."

Obviously, Clinton may have been a bit too busy thinking about the seemingly unending primary season or delegate math to remember to show her pearly whites. Luckily, until Clinton remembers to smile, she'll always have men to remind her, right?