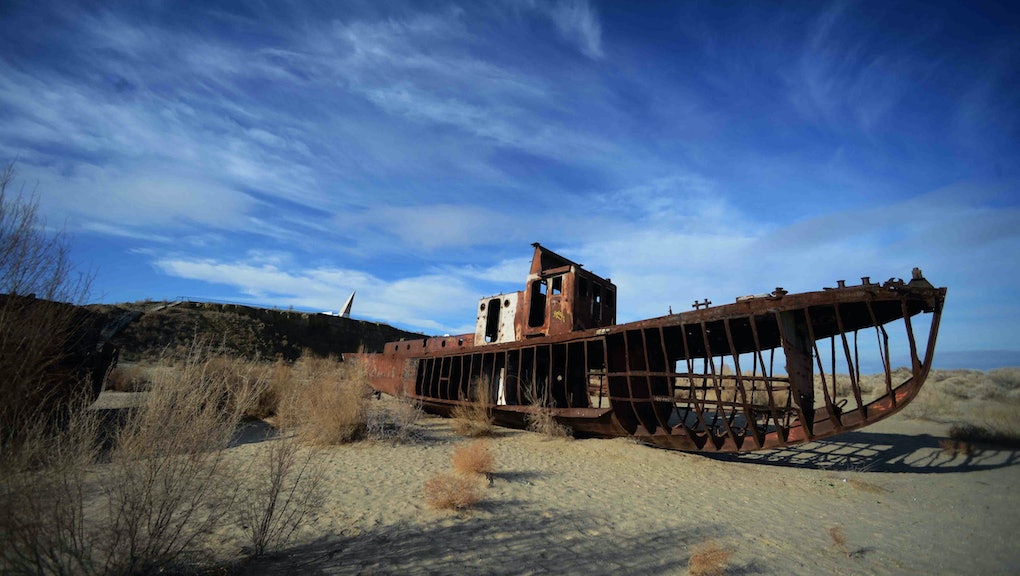 The Aral Sea was the world's fourth-largest salt lake up until the late 20th century. Now, it's almost completely dried up — and it's all mankind's fault.

In the 1960s, the Soviet government began using the Syr Darya and the Amu Darya, the two rivers that feed the Aral Sea, to irrigate the surrounding desert land for better agriculture, according to NASA Earth Observatory. But after decades, the lake had dried up to "one-tenth the original lake's size and that had much higher salinity, due to all the evaporation," according to National Geographic.

This has had an impact on quality of life in the region since the Aral Sea regulated the region's climate by taming winter winds and cooling hot summer air. Studies presented by one Columbia University project showed the draining of the Aral Sea may have been responsible for 50% to 66% of the region's climate warming —  but it is difficult to isolate the effects of the impact that draining had on the area because climate changed happened concurrently.

"Due to increased dust storms, high concentrations of pesticides in the air and poor quality of water, rates of diseases such as tuberculosis, infections and parasites, typhus, hepatitis and paratyphoid dramatically increased," the Columbia project's research noted, citing a 1999 report.

This video shows how the Aral Sea went from being one of the world's largest lakes to essentially dry land:

Read more: We're Going to Have to Work Twice as Hard to Contain Global Warming — But It's Worth It