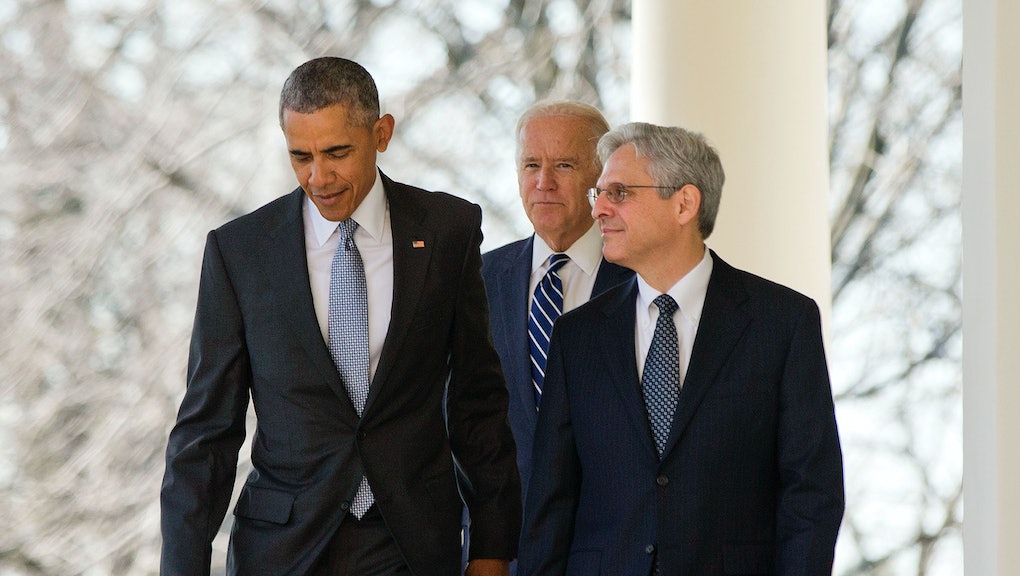 Steadfast in their determination to block any Supreme Court nominee put forth by President Barack Obama, Senate Republicans are virtually certain to block the nomination of Judge Merrick Garland to the nation's highest court.

But long before the Senate GOP moved to thwart Garland's promotion, leading conservative Republicans championed his appointment to the court.

Read more: Who Is Merrick Garland? Everything You Need to Know About New Supreme Court Nominee

The background: Garland's name has been floated for Supreme Court nomination twice before in recent years, following the retirements of Justices David Souter in 2009 and John Paul Stevens in 2010.

At the time, many Republicans viewed the centrist circuit judge as a consensus nominee who could attract bipartisan support.

Here's what they had to say back then.

Hatch, a Judiciary Committee Republican, told Reuters in May 2010 that he wouldn't hesitate to marshal support for Garland.

"I have no doubts that Garland would get a lot of votes. And I will do my best to help him get them," the senator said. "I know Merrick Garland very well. He would be very well supported by all sides and the president knows that."

A former clerk for Justice Antonin Scalia and official in the George W. Bush-era Department of Justice, Whelan told the Washington Post in April 2010 that Garland was about as good a pick as conservatives could hope for under Obama.

"He's earned the respect of a range of folks, including conservatives, and I think he is the most likely to exercise judicial restraint," Whelan, president of the Ethics and Public Policy Center, said at the time.

The chief counsel of the Judicial Crisis Network and a former clerk for Justice Clarence Thomas, Severino told the Washington Post that Garland was the right's "best scenario."

"Of those the president could nominate, we could do a lot worse than Merrick Garland," she said. "He's the best scenario we could hope for to bring the tension and the politics in the city down a notch for the summer."

In 2010, New York magazine quoted Levey as saying, "You'll have, if not a love fest, something close to it if [the choice is] a Garland."

That was then: Such praise came in a very different political context — with Democrats in control of the U.S. Senate and Obama still early in his first term.

With an election looming, it's unlikely that even a consensus nominee like Garland will break the wall of GOP resistance. It was one thing to support a centrist over a more liberal nominee six years ago; it's quite another when conservatives see the chance to elect a Republican president and install a right-wing justice for the next three decades or more.

But given the heated rhetoric and sharp polarization that's sure to follow Garland's nomination, it's worth remembering when conservatives sounded a very different tune.