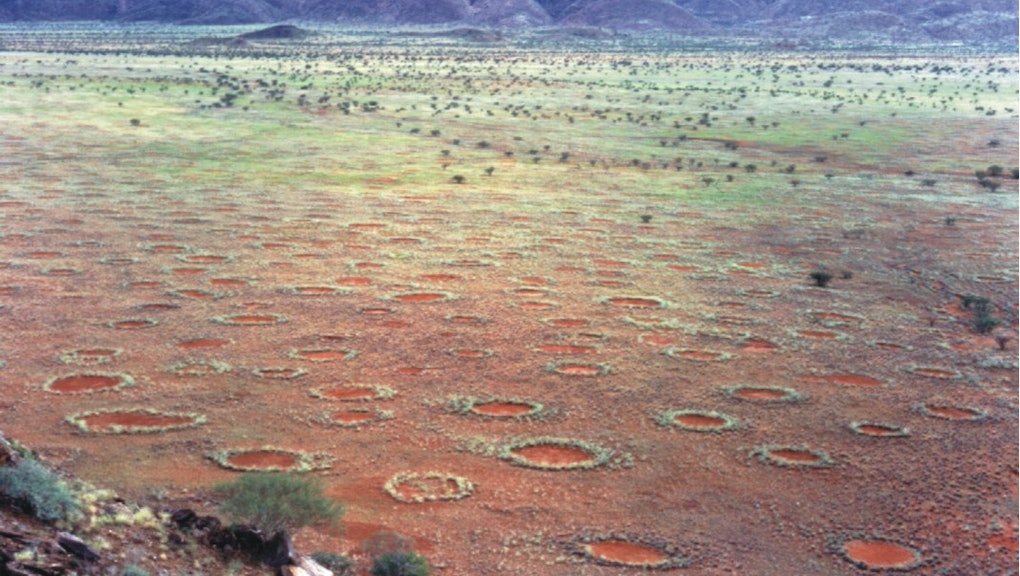 Crop circles? Not quite. The mysterious patches of barren dirt patterns, commonly known as fairy circles, were once only thought to exist in Namibia in southern Africa. However, the geographical oddity has been discovered in western Australia, giving some scientists a better picture as to why these mystery circles appear.

Several popular theories surround the existence of the circles and have ranged from the plausible (active termites) to the mythical (footprints of a god). But Stephan Getzin from the Helmholtz Center for Environmental Research told the BBC that these newfound circles in Australia are "a missing link in the debate about the origin of Namibian fairy circles."

Read more: Italy Is Passing a Law to Make Supermarkets Donate All Their Unsold Food

"Because in Australia we find an identical fairy circle pattern, but without any explanatory correlation to termite or ant activity," Getzin said.

According to a study published Monday in the journal Proceedings of the National Academy of Sciences, it appears more likely that the plants themselves have self-organized in order to compete for water resources.

"The remarkable match between the patterns of Australian and Namibian fairy circles and model results indicate that both patterns emerge from a nonuniform stationary instability, supporting a central universality principle of pattern-formation theory," the study's authors noted. In other words, the scarce water resources force the plants to form the uniform hexagonal patterns.

"More and more, ecologists are actually realizing that distinct vegetation patterns are a population-level consequence of competition for scarce water that is not enough to sustain a complete vegetation coverage and thus causes specific pattern morphologies of vegetation and consequently bare soil," Getzin told the BBC.