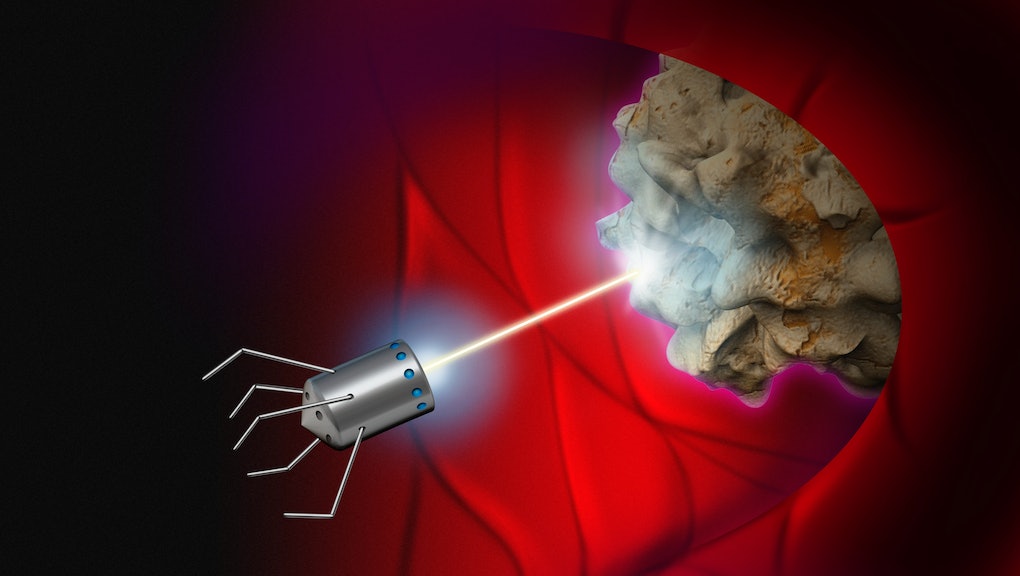 The Newest Cancer Treatment: Nanoballs Filled With Poison to Stop Tumors From Dividing

According to a paper recently published in Nature Biotechnology, researchers from the Houston Methodist Research Institute in Texas have found a way to inject nanoparticles full of poison into metastases, or the satellite tumors that grow away from the original tumor. Being able to track down these runaway cancers could mean hampering cancer's ability to rear its malignant head.

The paper describes an injectable nanoparticle generator that can bypass biological barriers in mice that prevent cancer meds from reaching their target. Loaded with the chemotherapy agent doxorubicin, the generator shoots the drugs into the body, where they end up next to tumors, which then "internalize" them like those gullible Trojans did with Odysseus' wooden horse.

Doxorubicin, or dox, has been used to fight cancer by preventing tumor cells from dividing. The problem is, once dox is in the bloodstream, it doesn't stay put — it can go after the heart too. So if researchers can get the drug to go to only a specific place (like this nanodelivery method can allegedly do), it could lead to safe treatment that's appropriately dosed. The drug being delivered in such a small vessel — 20 to 80 nanometers across — is ideal because that's allegedly the size of the vesicles that goes between cells.

The results: According to the researchers, up to half of cancer-bearing mice given the nano-delivered dox didn't have signs of metastatic tumors eight months later.

Sure, we're still just talking about mice, and that doesn't mean humans should get ready for nanoballs in their blood just yet. But, said study lead Mauro Ferrari, according to Science, "If this research bears out in humans and we see even a fraction of this survival time, we are still talking about dramatically extending life for many years. That's essentially providing a cure in a patient population that is now being told there is none."