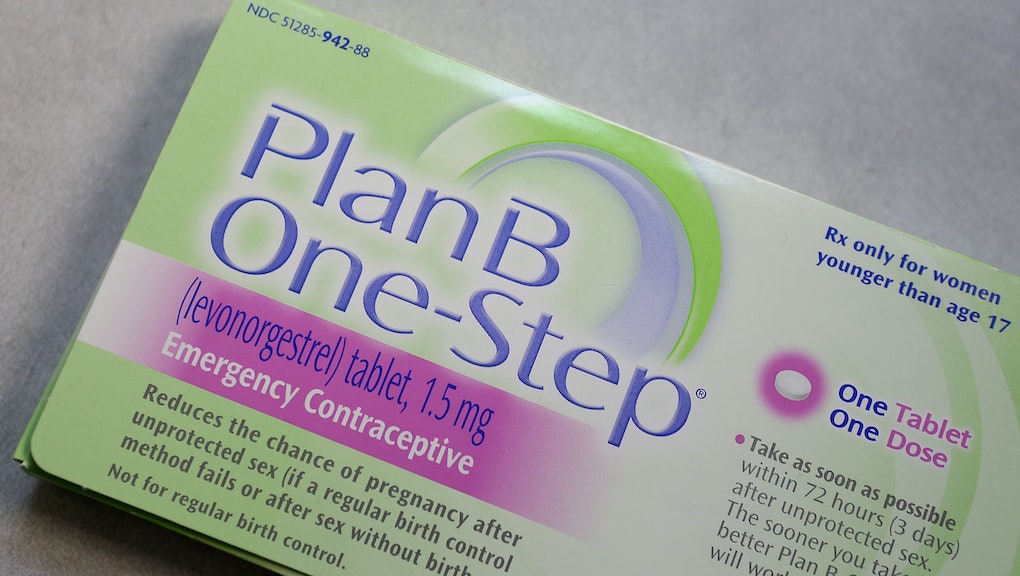 If you're a teenager in the United States, congratulations! You are legally allowed to walk into a pharmacy and purchase emergency contraception without a prescription, despite battles over age restrictions and confusion over whether you need a uterus to do so. Good luck being able to shell out $40 to $50 at a moment's notice, though, or being able to ask for it without being shamed, intimidated or outright rejected.

In reality, many young women might have better luck finding a partner, friend, parent, friend's parent or even a stranger who will get emergency contraception (EC) for them when, for whatever reason, they can't get it themselves. Women in particular are more than willing to buy Plan B for those in need, as highlighted in a recent Reddit thread.

In a post on /r/twoXchromosomes, user carlinha1289 explained why she felt compelled to buy Plan B for a "distressed teenager" she met at a pharmacy in Quebec, where EC is available behind the counter. According to the thread, the teen was trying to get EC without her parents' knowledge and didn't have the money to pay for it. Afraid a debit card charge would give her away, she cryptically told the pharmacist she'd "find another way" to avoid pregnancy.

That was only one reason carlinha1289 decided to get involved, though. "I remember being a teenager needing Plan B," she wrote. "My parents would probably have beaten the hell out of me if they found out, so I had to ask a friend to pick it up for me. It was $40 back then, so we had to ask her mom to pay it for us. Her mom did, thank goodness, and she also paid for some condoms."

"So," she added, "it was my time to pay it forward and to ask that girl if she needed help paying for Plan B."

The story was echoed by others with similar experiences, with many women saying they too had offered to pay for other women's emergency contraception.

"It was my time to pay it forward and to ask that girl if she needed help paying for Plan B."

"My friend called me crying in the middle of the night a few days ago," user supdawfy commented. "She had hooked up with a guy she just met and he came in her. She's not on birth control and thought he would pull out ... She only had $4 in her bank account. Without her even asking, I bought [EC] for her. Asked all the embarrassing questions she was too scared to ask. I've been there before too."

Another user described buying a Plan B alternative for a relative after they were sexually assaulted. "She is 19 and was petrified of telling her parents she was assaulted," user Muddymireface wrote. "I paid $80 of my own money, made her an appointment for birth control and offered to take her to the police department. I still get weepy thinking about her experience and wish I could have done more."

While other forms of contraception have become more widely available to (and affordable for) women across the United States, limits on EC access put many young women in particular in an impossible situation — especially given restrictions on women's ability to exercise certain other reproductive rights (like, say, having an abortion).

The stigma associated with women's sexuality and reproductive health choices is so prevalent and causes so much shame and confusion that it limits people's ability to take care of themselves and take control of their own lives. The one silver lining? There are other people who understand and are willing to help.

"Keep on spreading the support, lots of younger people need it," carlinha1289 wrote. "They are doing the right thing by getting birth control or seeking out emergency contraceptives ... [and] it's really hard for them — probably harder than it is for you."