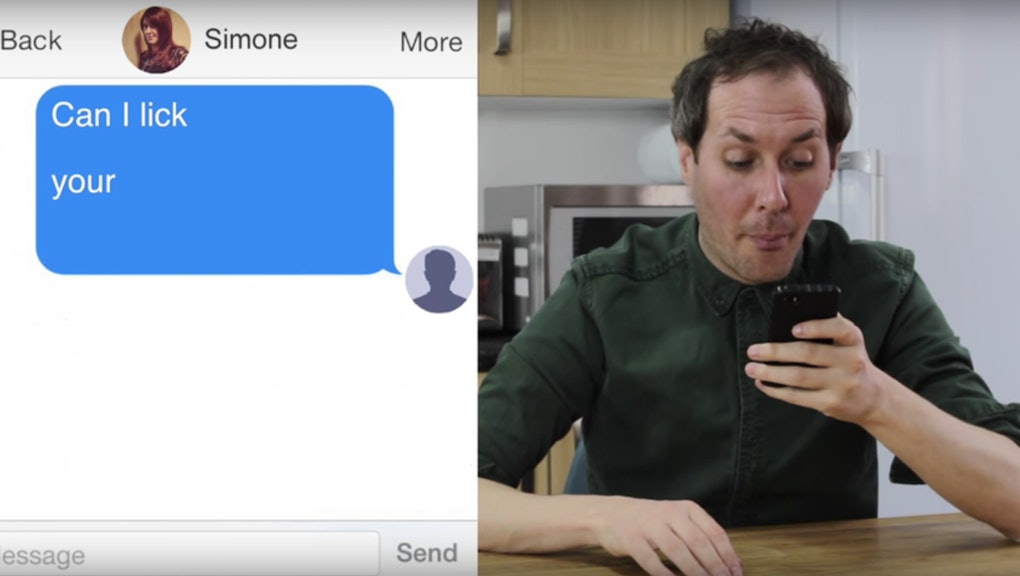 At this point, women pretty much know what they're signing up for when they log into a dating app. Unfortunately, sexism, racism, body shaming, slut shaming, unsolicited dick pics and harassment of all stripes have become staples in ladies' inboxes everywhere.

But it can't be that bad, right?

Well, a male comedian recently created a fake dating profile and realized — yes, it is that bad. He posted his experience to YouTube as "Guy Does Online Dating as a Woman."

Read more: Here's What It's Like To Use Dating Apps as a Muslim Woman

"I'm a single man growing increasingly frustrated with online dating," said Sy Thomas. "It got me thinking, what if I was a woman? Maybe I'd learn techniques from the men who are trying to woo me."

Thomas got a head-to-toe makeover to pose as a woman, and then got to work taking selfies to include in the profile he created for the fictional Simone, 28. After just three days, Simone had raked in 400 messages.

"I'm much more popular as a woman," joked Thomas. But it wasn't all good.

First, a sexual innuendo served as a warmup. Thomas reads examples off his phone: "Do you like Harry Potter?" one message reads, followed by, "If so you should open up your Chamber of Secrets and let my Basilisk Slytherin."

Then he reads this: "If you were a washing machine, I'd put my dirty load inside you."

And this: "What should a guy do to make you wet?"

One charmer reached out to tell Simone she looks "like trash." But not to worry — another flew in to save the day, asking, "Can I lick your — "

You get the idea.

The lesson here? Men: Do unto others as you would have them do unto you. And that's not an innuendo.