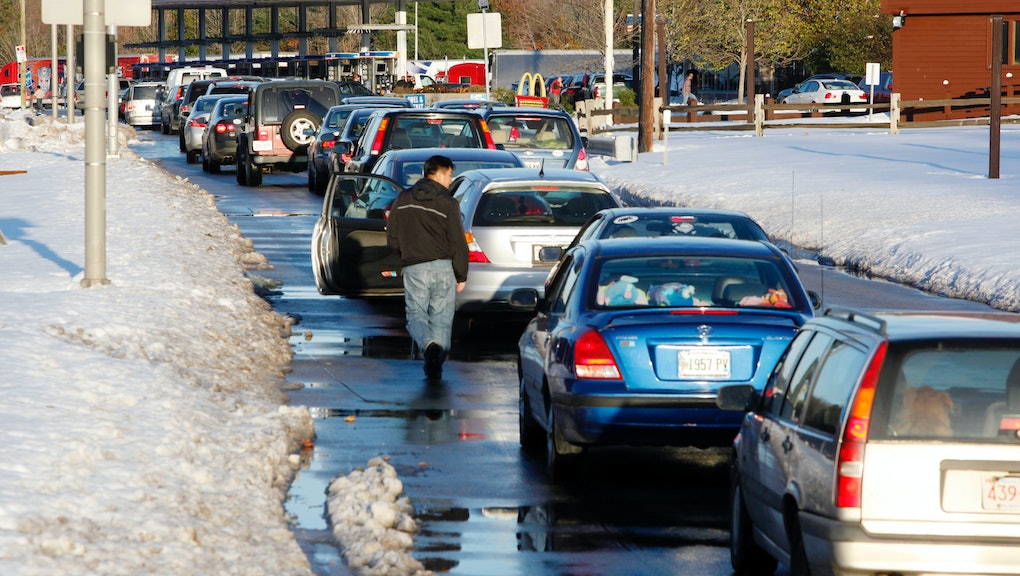 Every once in a while, a story comes along that basically writes itself. Here is a real-life Facebook post shared by the police department in Charlton, Massachusetts, on Monday:

To recap: Around 3 p.m. on Saturday afternoon, a group of young men in a black SUV pulled up next to some unsuspecting teenagers on a wooded roadside in Charlton.

One of the men — described as "pale" with "brown hair," "gray pants and open-toed sandals" — hopped out of the car and dropped what could only have been the most **fire** freestyle rap verse ever heard by humankind.

The verse was so lit the teenagers had nothing to say in response. Presumably quaking in their little teenage boots, the teens could only decline when the car's other occupants asked if they wanted to "spit some bars" with them — "Rap lingo," as pointed out by the helpful Charlton police, for, you know, rapping.

And that, America, is all. Story's over. Our pale, open-toed sandal-wearing hero took his open-toed sandals and **fire** verses back to the SUV and drove off with his friends, hopefully to battle another day.

"Although this was suspicious behavior and frightening to the boys, nothing made this appear to be an attempted abduction," the police wrote, assuaging a fear all Charlton's concerned citizens certainly had.

"With that being said," they added, "the Charlton Police are still conducting a follow-up investigation into this matter and would like for anyone with credible information surrounding this event to please call 508-248-2250."

God help them in their quest. And God bless America.