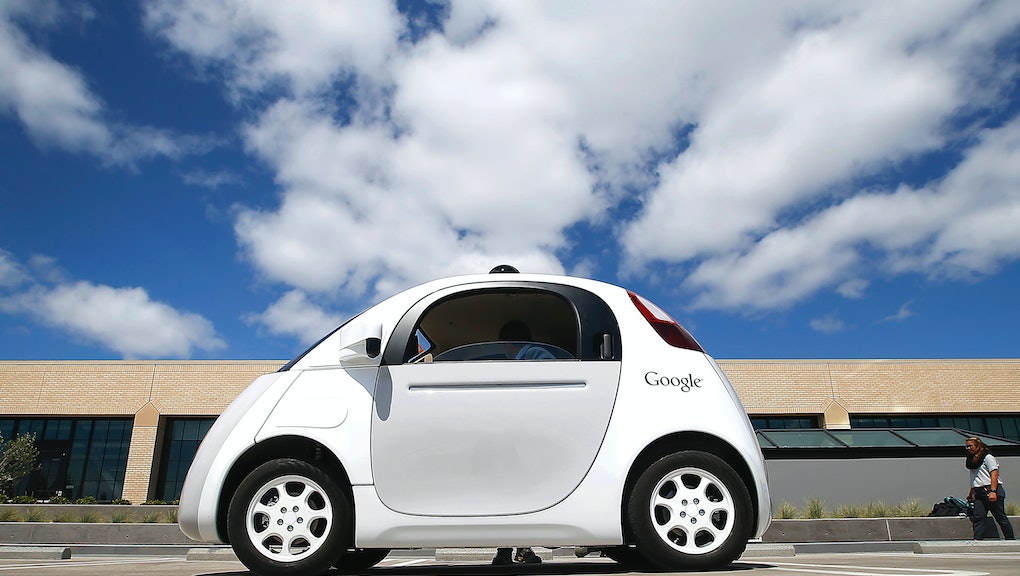 Today's self-driving cars might not be any safer than human drivers, according to one robotics and autonomous technology expert.

The future of self-driving cars is currently the subject of heated debate. Corporate firms eager to produce self-driving cars insist the U.S. legal system is holding them back. Meanwhile, in the name of safety, members of Congress say production shouldn't move too fast.

At a Tuesday Senate committee hearing on the future of self-driving cars, Duke University researcher Missy Cummings made a case for delaying the vehicles until further testing is done.

"While I enthusiastically support the research and development of self-driving cars, I'm less optimistic about what I perceive to be a rush to field systems that are really not ready for widespread deployment," she said to the committee.

Cummings explained that self-driving cars are not currently prepared to operate in bad weather like drizzling rain — much less torrential rain or snow. Current autonomous cars are also incapable of responding to the directions of traffic police, she said.

The dangers: Research shows that self-driving cars can be paralyzed using a $60 device similar to a laser pointer in combination with an Arduino computer, Cummings said. Autonomous vehicles are also susceptible to GPS jammers, which drivers sometimes keep in the back of their cars. Using these jammers, hackers can take control of a self-driving vehicle.

Cummings lamented the dearth of research being conducted on self-driving cars, arguing that "demonstrations are substituted for actual principle testing." While Google has bragged that its self-driving cars have traveled more than 1 million miles, Cummings invoked a RAND finding that says in order to have 95% confidence that autonomous cars are better than human drivers, 275 million miles must be driven fatality-free. She finishes by calling on the National Highway Traffic Safety Administration to create clear guidelines and rules for companies building, testing and vending self-driving cars.

"Let me reiterate that as a professor in the field of robotics and human interaction, I am wholeheartedly in support of the research and development of self-driving cars," Cummings said. "But these systems will not be ready for fielding until we move away from demonstrations to transparency and evidence-based testing."

In February, NHSA told Google that it would allow self-driving cars to identify as the "driver," creating a legal pathway for autonomous vehicles.