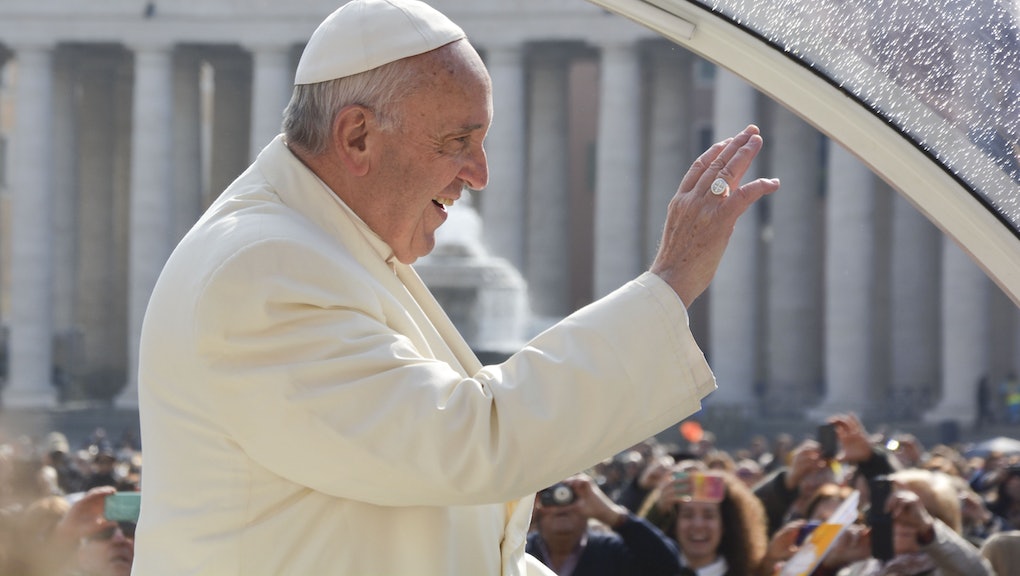 Does Pope Francis Have an Instagram Account? Leader of the Catholic Church Will Have One Very Soon

Pope Francis, the 266th leader of the Roman Catholic Church, will soon be joining the Instagram crowd. According to the Religion News Service, Francis, already one of the world's most influential persons on social media through his various Twitter accounts, will be creating an Instagram account this weekend.

On Saturday, Francis will take on the social media account with the handle "franciscus," Monsignor Dario Viganò, the head of the Vatican's communications wing, said on Vatican Radio, according to Italian news agency Agenzia Nazionale Stampa Associata.

Read more: The Pope Just Gave the OK for Women Threatened By Zika to Use Artificial Contraception

"This seems a logical step for the pope because he can reach a lot of people, especially millenials, this way," San Francisco branding strategist David Aaker told the San Jose Mercury News. Francis "needs to be relevant to the younger generation and using social media tools like this is definitely one way to do that," Aaker said.

The move to Instagram may have been in the works for some time. Less than a month ago, Francis met with Instagram co-founder and CEO Kevin Systrom. "We spoke about the power of images to unite people across different cultures and languages," Systrom wrote on Instagram. "It was by far one of the most memorable experiences of my life!"

Francis' Instagram page will feature the primary messages of his papacy, according to Religion News Service. "Being close to anyone who's suffering, for example. Tenderness, mercy and lots of joy," Greg Burke, a Vatican spokesman, told RNS.

Francis is open to spreading his message on the internet. "The internet can help us to be better citizens," he said in his January message for World Communications Day from the Vatican. "Access to digital networks entails a responsibility for our neighbor whom we do not see but who is nonetheless real and has a dignity which must be respected. The internet can be used wisely to build a society which is healthy and open to sharing."

The first pontiff to cross over into the world of social media was Pope Benedict XVI, with a Twitter account.