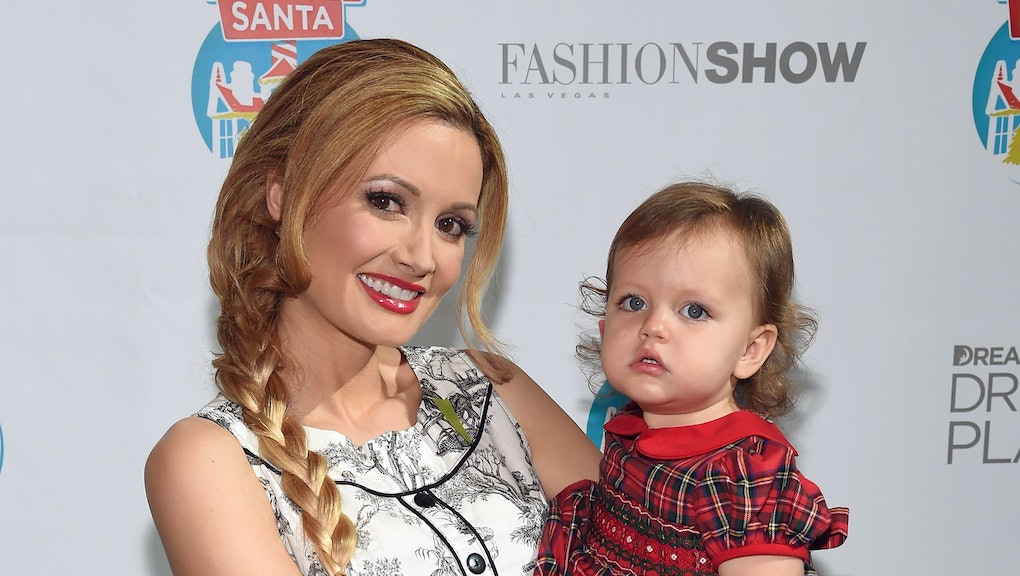 Former Playboy Bunny Holly Madison is expecting her second child with her husband Pasquale Rotella, according to her blog post on E! Online. In her post, she discusses something few pregnancy and postpartum articles ever do: "brain mush," or forgetfulness. Madison recounted that after her first pregnancy, she even missed obligations written on a calendar. She felt "embarrassed" and "stupid."

This "brain mush" is often listed as a symptom of postpartum recovery, but it is usually dismissed as brief or not a big deal. "To me, it felt like a really big deal," she wrote. "It felt scary. It felt like one of my major organs, in this case my brain, was starting to fail me in a way I had never experienced and it was frightening."

What also scared her was attaching another negative stereotype to postpartum women. "I don't even want to think about how that would impact the issues women already deal with in the workplace, such as equal pay, securing adequate maternity leave or being judged for taking time to pump breast milk during the work day," she wrote.

Read more: What Can't Women Do When They're Pregnant? 11 Pregnancy Myths, Finally Explained

Madison came to believe that her forgetfulness might be hormonal after she started injecting hormones so that she could harvest her eggs. Shortly after beginning hormone injections, she forgot her lines while filming a movie.

Her doctor confirmed that hormones can contribute to the extensive forgetfulness as can the increase of cortisol, which is associated with stress. To "come out of the fog," Madison suggested fish oil, exercising daily and making lists.