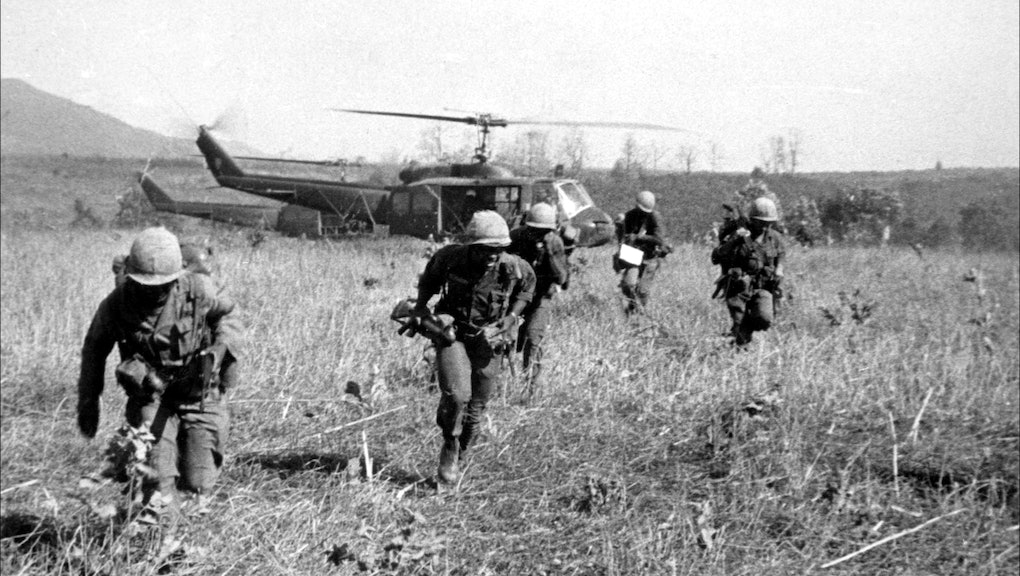 Movies and science fiction are often our first look at the possible future of science and technology, and from James Bond to Harry Potter, invisibility cloaks and stealth technology have been particularly hot.

The Defense Department is working on building invisibility cloaking right now. Millions of dollars are going into the development of metamaterials — surfaces that can bend and absorb light to cloak their wearers — for uniforms, vehicles and body armor. If the tank or person doesn't end up invisible, per se, they could at least pass off as a non-threatening civilian entity.

Essentially, using this kind of technology could be tantamount to a war crime.

But a tank or military vehicle cloaked in a way meant to disguise it as a civilian vehicle is potentially in violation of article 37 of the Geneva Conventions, Bill Boothby, a scholar and former officer with the U.K.'s Royal Air Force legal branch, told the Guardian.

In this case, the rule — called the "Prohibition of Perfidy" — keeps civilians safe by ensuring no one is ever confused by who the real civilians are. It's the same international law that says a soldier can't impersonate a U.N. peacekeeper to avoid discovery, or that you can't advance on someone with a flag of truce or surrender unless you truly mean it.

Essentially, using this kind of technology could be tantamount to a war crime.

Boothby's no bleeding heart, either. He sees little problem with autonomous, self-determining killer robots and thinks banning artificially intelligent weapons would be "premature and inappropriate, difficult to enforce and perhaps easy to circumvent."

You can read more of Boothby's deliberations in his $155 textbook on the rules of armed combat, which is incidentally called Weapons and the Law of Armed Conflict and not Harry Potter and the Crimes Against Humanity.