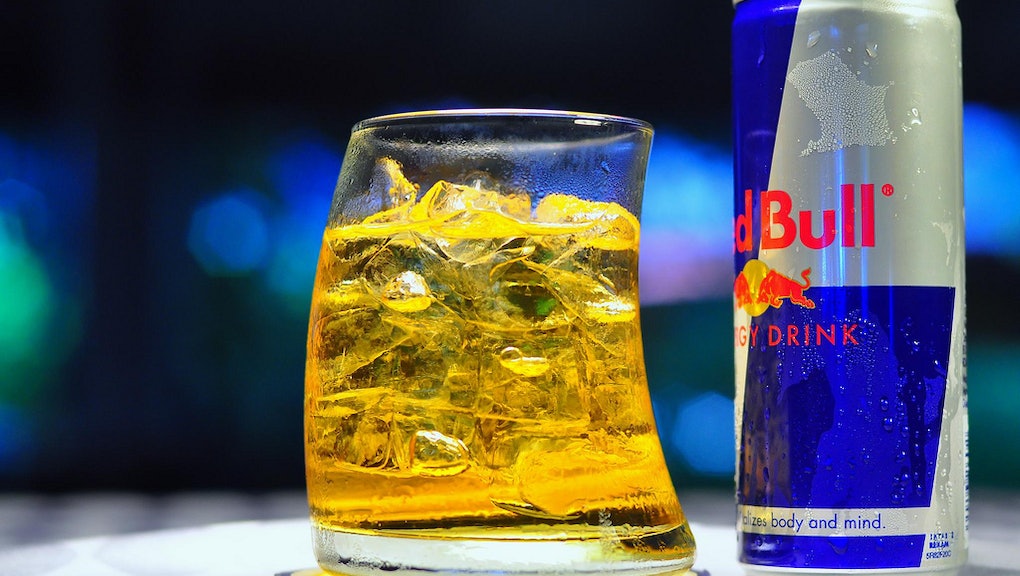 Forget Red Bull, Here Are the Healthy Foods That Will Give You Energy All Day Long

Just about everyone caught in the daily grind could use a boost of energy — clearly, since in 2013, productiveness-promised energy drinks became the fastest-growing segment of the beverage industry, according to the New York Times.

Other than a short burst of energy, there are few benefits to energy drink consumption. The main ingredient in these elixirs — caffeine — inhibits the brain's calming process, and in turn can amp up stress and anxiety, according to the Washington Post. Their high levels of sugar also cause blood sugar levels to spike and crash.

But there are foods that naturally contain amino acids that affect neurotransmitters to make the brain feel focused and happy, the Washington Post reported. Eating smaller, more balanced meals more regularly — rather than just noshing out come dinnertime — helps regulate blood glucose levels for even energy expenditure throughout the day, according to the BBC. No cup of joe needed.

Read more: 7 Healthy Foods That Aren't Actually Good for You — and What You Should Be Eating Instead

This food mantra has been uttered before, but carbs do provide energy — complex carbs, that is, according to the BBC. That includes whole grains, nuts and oats, which translate into almonds and oatmeal. Simple carbohydrates in the form of natural foods like fruits that are high in sugar, and refined foods like cakes and white flours, can cause energy rushes and drops.

Combinations of protein, fiber and carbs are a good bet. Beans are nutrient-packed examples, consisting of carbs, proteins and fiber to keep its consumers full and with lasting energy, Greatist reported. The fiber helps regulate blood sugar. Other great choices are Greek yogurt and quinoa.

B vitamins also play a key role in turning food into energy, the BBC reported. These can be found in avocados, eggs and beans — which is one of many fine reasons to enjoy some huevos rancheros more often, according to the Washington Post.