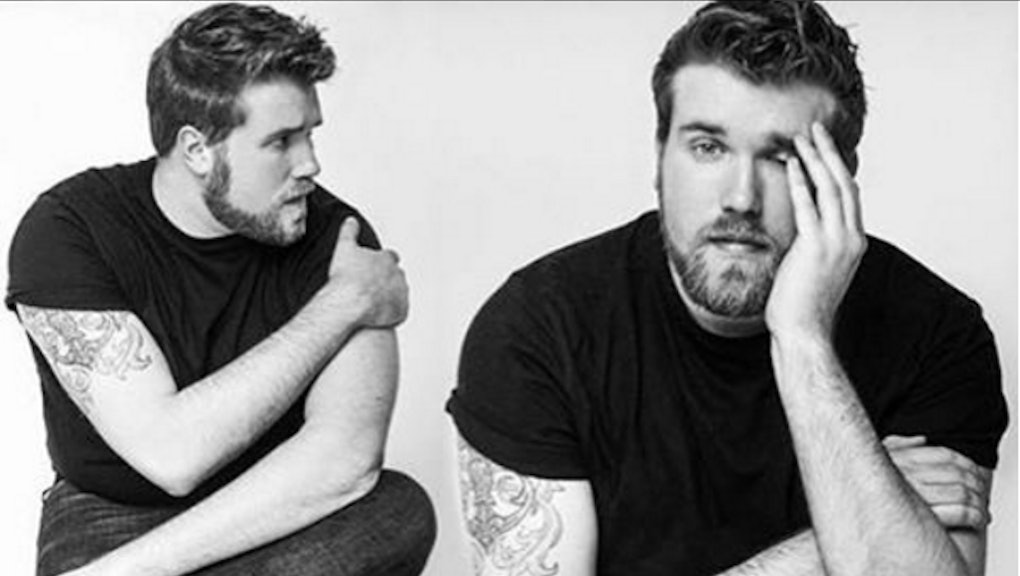 In One Quote, This "Plus-Size" Male Model Sums Up Everything Wrong With Body Shaming

Body shaming doesn't discriminate based on sex, but until now, the fashion industry has.

Female plus-size models have to put up with nearly constant criticism of their physiques, but rarely do we hear from the men. Now, Zach Miko — the first to sign with IMG Models' recently launched plus-size male model division, Brawn — told Mashable, the struggle is real.

We just don't talk about it.

"For some reason having self-esteem issues as a guy has been considered weak or unmasculine," Ziko told Mashable. "Because of this men have for the most part been silent on the issue. But issues with self-esteem can be corrosive. It can lead to projecting your own insecurities onto others, which can manifest in bullying to other men and women and projecting insane standards onto women and objectifying them because of your own lack of security and self-worth."

Miko's on to something. According to a Guardian story from 2012, some 81% of men referred to their bodies in self-deprecating terms that "promote anxiety," versus 75% of women.

In recent years, the fashion industry has been expanding to include fuller-figured female models — and Miko says it's time male models got the same consideration.

After landing an ad campaign for Target's "big and tall" department in 2015, Miko told Good Morning America that growing up, his peers made fun of him for being big; that his height and weight discounted him from acting roles he pursued before modeling.

But repping for Target changed all that — and led to his deal with IMG. Modeling, he told Mashable, has motivated him to become a role model for men whose bodies don't conform to limited beauty conventions.

"It's an insane cycle that can have disgusting consequences," he said. "We need more and more men to stand up and say they are truly happy with the size and shape they are and be genuine."