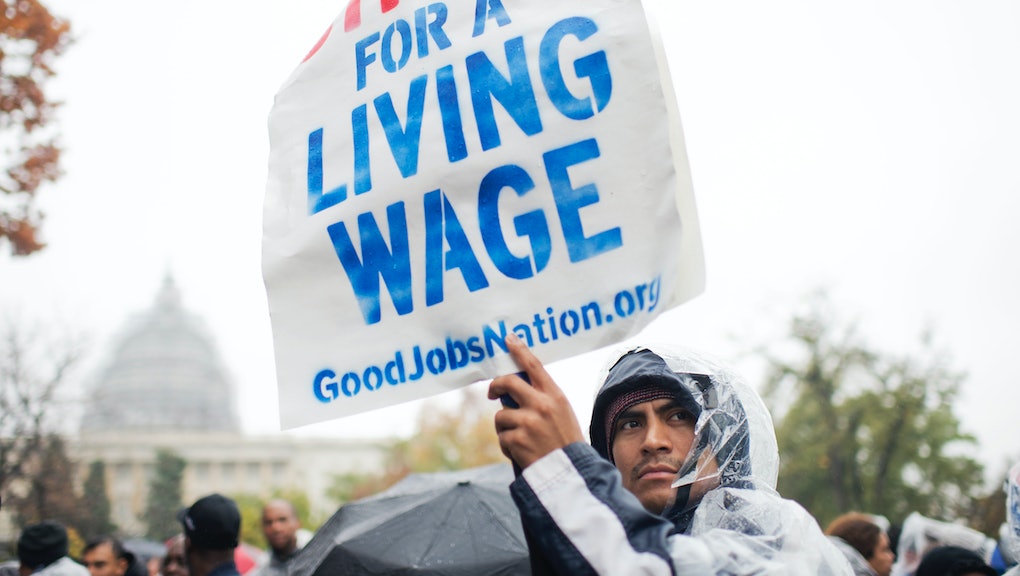 In One Video, the Vicious Cycle Behind the Racial Wage Gap Is Exposed

Who's to blame for this? It's not so simple.

But according to Franchesca Ramsey of MTV's Decoded, this systemic inequality follows a vicious cycle. A primary driver is the racial wage gap.

From de jure to de facto segregation, she outlines how people of color are screwed by our education and housing system more than 60 years after Brown v. Board of Education largely failed to desegregate schools: