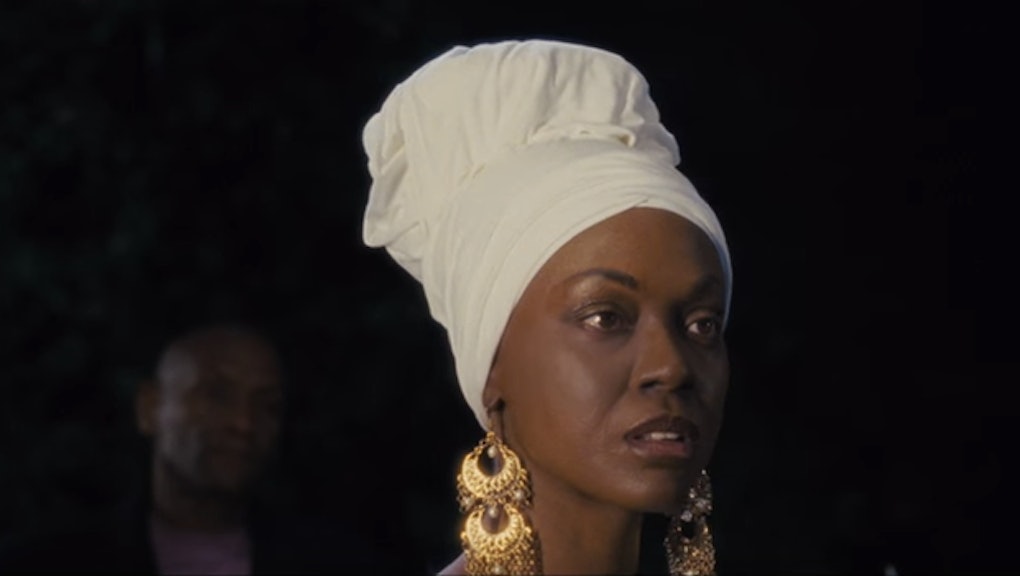 Casting an actress in near-blackface seems like a surefire way to draw irate backlash from the public. However, the distributor for the controversial biopic about black singer Nina Simone — simply titled Nina — has responded to the negative reception aimed at Zoe Saldana's appearance in the film, comparing it to the treatment of slaves.

The backlash began when the first promotional poster of Saldana as Simone was released at the beginning of March, and fans responded by noting that the two look nothing alike. The attempts to match their likeness were met with a heated response on Twitter — including a tweet from Simone's verified handle that shares her music.

It's notable too considering her appearance was an integral part of her identity — thus, the Saldana casting can be construed as a slight. "Many view the singer's appearance as not just central, but essential, to her identity," Mic's Zak Cheney-Rice wrote. "They also find it offensive that instead of casting an actor who resembles Simone more closely, the filmmakers chose Saldana — a fairer-skinned performer of Dominican and Puerto Rican descent — and changed her appearance using makeup and prosthetics."

However, Nina director Cynthia Mort said she hopes the focus will be on Saldana's performance as Simone. "She gave an amazingly courageous and great performance," Mort told Entertainment Weekly. " ... There's a lot of good in it, and people should see it. The bottom line is this: Nina Simone deserves to be known."

Nina will be released both in theaters and video on demand on April 22.