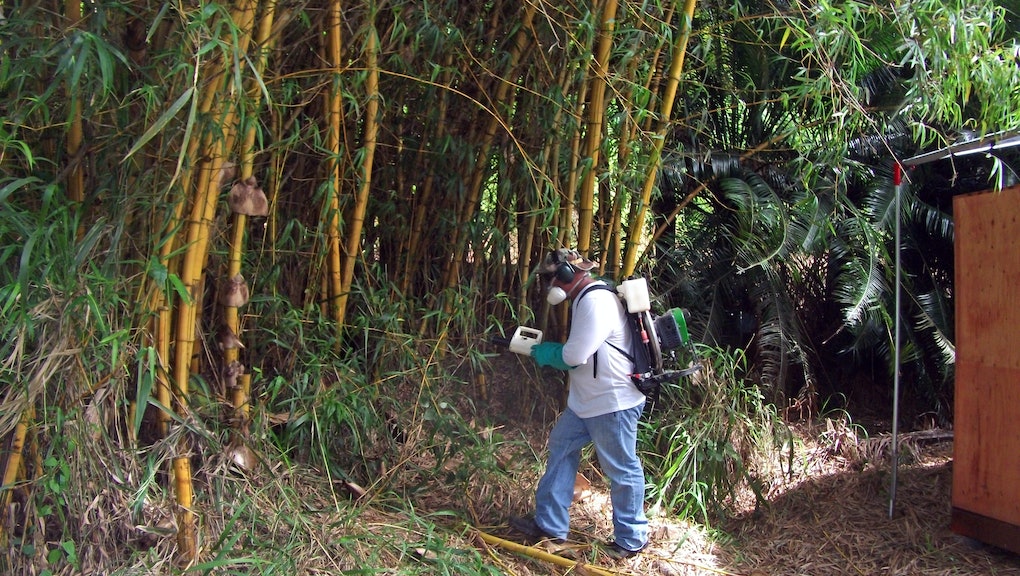 Pesticides Are Harming Nearly Every Endangered Species in the US

Pesticides, which are widely used to protect crops from bug populations but invariably end up in the food chain, are terrible for wildlife. Although they aren't linked to death directly, pesticides end up damaging animal populations in subtle ways — for example, by thinning the egg shells of American bald eagles, which meant fewer bald eagles surviving incubation.

By the time an endangered bat eats a tasty spider, any chemicals the arachnid might have come into contact with have likely bioaccumulated — meaning they have become more toxic as they progress up the food chain. Because of their slow reproduction rate, chemical exposure can be particularly deadly for bat populations.

Endangered cranes that hang out near soybean fields can ingest deadly levels of pesticides.

The EPA recently approved the use of dicamba to be sprayed directly onto cotton and soybean crops, which, according to a press release from the Center for Biological Diversity, would mean that endangered crane populations "[would] be exposed to this toxic herbicide at levels they've never seen before."

Birds like the American bald eagle are in danger of absorbing pesticide particles from the air.

The U.S. bald eagle population has been decimated thanks to widespread use of the chemical DDT. Small amounts of pesticides can leach into the air and water, harming the birds' organs and tissues. Ingesting a fish that has been affected by chemicals can also harm an eagle internally, sometimes resulting in infertility.

Pesticides can also erode the calcium that fortifies eggshells, making the baby birds' incubators thinner and more likely to break.

Pesticide runoff in streams, rivers and oceans can also have serious consequences for fish and amphibians. Neurological complications and disruptions to natural mating patterns can put members of the species, like the endangered Steelhead trout, at risk.

Read more: These Are the Foods With the Highest Levels of Pesticides