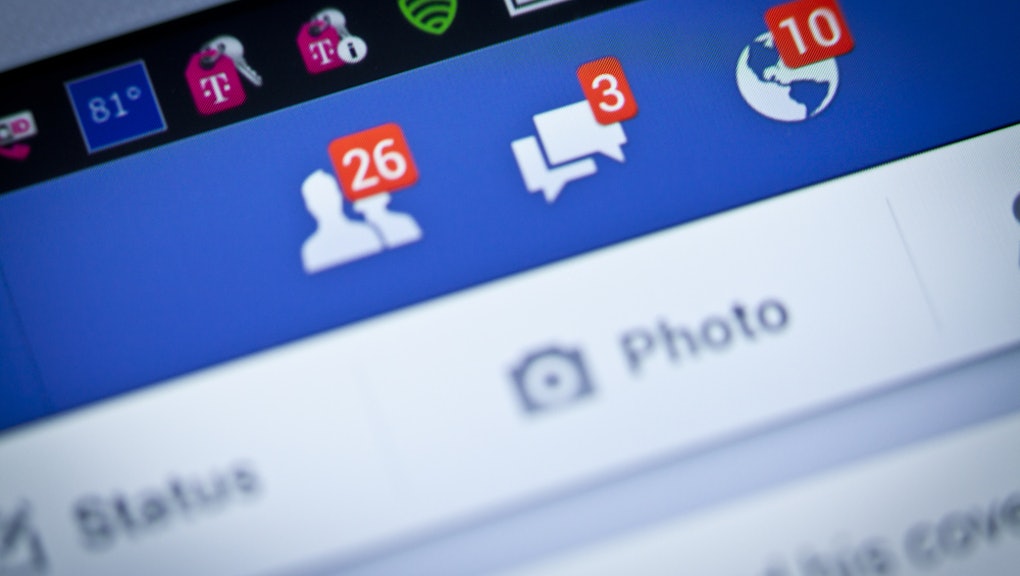 It's an election year, which inevitably means that our Facebook feeds are full of rants about politics. Whether it's a 1200-word pro-Trump rant posted by your great-uncle, or your #BernieBro cousin posting an incessant series of links to Bernie Sanders tweets, the onslaught of political content in your feed is undoubtedly annoying. Yet try as you might to resist commenting on these posts, even the best of us can get sucked in every once in a while.

We can simply unfriend or unfollow most of our seemingly clueless Facebook friends. But there's one exception to this rule: family members. It's the ultimate Catch-22: You just know responding to their posts will result in an angry phone call from your mom, but you love them too much to let them continue being so oblivious.

Unfortunately, diffusing family tension by playing "Hello" only works if you're in a Saturday Night Live skit. Instead, you'll have to handle it like an adult. Take a moment to pause and take a deep breath before responding, and you can avoid leaving rage-filled, exclamation point-laden comments by following these simple do's and don'ts.

1. When they bring up Trump:

DON'T get petty. Don't make ad hominem attacks on Trump supporters, or on Trump's physical appearance (like, for instance, the fact that his mouth looks like an anus with teeth). Remember, in the fight between you and Trump, you're the bigger person. Act like it.

DO play dumb. Ask about Trump's policies like you genuinely have no idea what they are. When your relative explains that Trump plans to build a big wall, keep asking questions until they run out of answers. "How is he going to build a wall? How will he make Mexico pay?" "When was America great before? Who was it great for?" Best case scenario: they'll run out of steam and stop posting on Facebook entirely.

2. When they talk about immigration:

DON'T respond with the first thing you think of. You may remember a stat or study you read ages ago, but statistics and studies don't tend to change minds. Besides, you'll only hurt your case if you make an argument based on a fact that you remember incorrectly.

DO focus on something else for an hour, then come back with a more civil response. Look up articles on the issue, and let other people's arguments make your case for you. Even better? Tag people you both know who would be affected by the politician's proposed policies. It might take, y'know, actually talking to someone who's immigrated to understand the real impact of immigration laws.

3. When they post "facts" about the election that are blatant lies:

DON'T call them stupid or gullible. When someone posts a link to a source that seems inaccurate, biased or just not credible, it might seem like the only appropriate response is to call them out for falling for this crap. Try to resist the urge to do so. It doesn't make you seem any smarter to point out that www.buzzcarl.com is probably not a real website. It just makes you seem like a know-it-all.

DO remember that not everyone knows as much about certain subjects as you. Instead of taking on the burden of educating them yourself, point them to a more accurate source of information. Also, fact-checking websites are beautiful things.

4. When someone says you're not a real feminist if you support Bernie Sanders:

DON'T begin a "who's-more-progressive?" battle. Insisting that anyone who isn't "feeling the Bern" isn't a real Democrat won't get you anywhere. You can explain your reasons for appreciating Sanders' policies without resorting to generalizations. (And whatever you do, don't morph into a "Bernie Bro" stereotype. Disagreeing with Hillary is fine — mansplaining is not.)

DO remember that you probably have more in common with the poster than you think. Feel free to explain your position, but keep the bigger picture in mind. Chances are, you'd both probably prefer any candidate in the world over Trump

5. When someone implies you're only voting for Hillary Clinton because she's a woman:

DON'T retaliate by implying that all feminists should support Hillary. See above.

DO cite your knowledge of her policies. Yes, gender is a big deal, but there are lots of other reasons to support a candidate. Reducing the argument to just gender isn't true and it definitely isn't productive.

6. When a grandparent uses a racist, homophobic, or sexist word:

DON'T hold them entirely accountable for what is ultimately a larger societal problem. Bigotry is insidious in Western culture, particularly for older people who came of age during a less politically-correct time. That doesn't get them off the hook, of course, but knowing this can help you take a step back from your anger and try to remember all the reasons you love your relative, regardless of their ignorant views.

DO politely note that the word they're using isn't OK. Take a second to privately message them or leave a comment respectfully saying, in no uncertain terms, that the word they used is inappropriate and could potentially hurt some people deeply. They very well might be embarrassed and apologize for saying something so hurtful — after all, it's entirely possible they didn't know they were saying anything wrong in the first place.

7. When your parents stump for a candidate that doesn't have a shot in the race:

DON'T let your friends gang up on them. Even when you disagree, you shouldn't let the conversation become vicious if you can help it. It's okay to bring in other opinions to help explain your perspective, but don't allow your friends to pile on your family members in the comments.

DO agree to disagree. After all, in a month or two, when their candidate is out of the race, their political opinions won't matter that much anyway.

8. When their news feed is an endless stream of Fox News posts:

DON'T unfriend them. You'd be surprised how hurt relatives can be from being cut off on Facebook. And no matter how much you disagree with your grandma's politics, you don't want to deprive her of the joy of posting embarrassing comments on all of your photos.

DO ignore them (or unfollow them). The most glorious solution of all? Just hide their posts from your news feed. That way your relatives never have to know — and you never have to angrily shake your fist at your computer screen again.