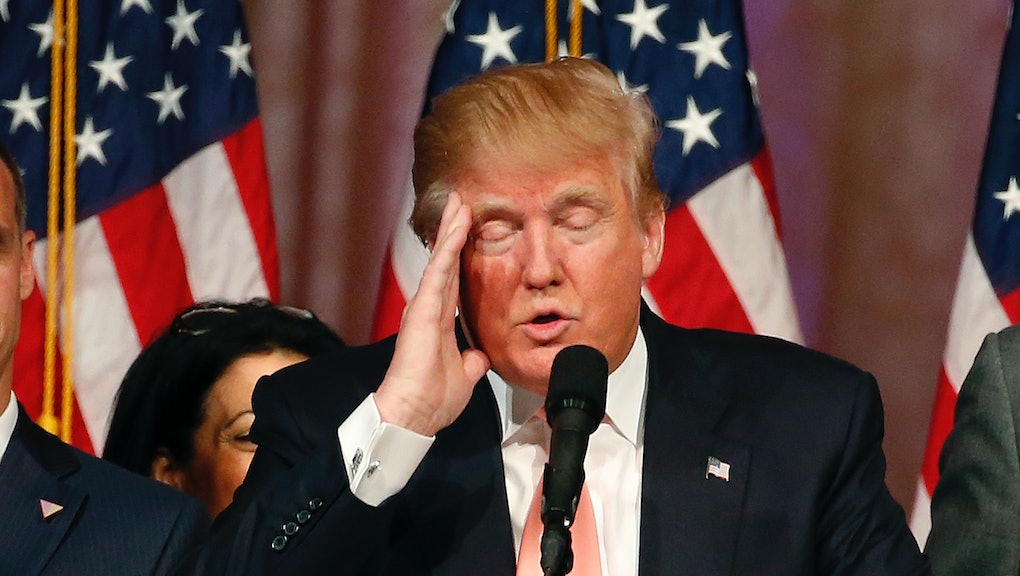 Are Presidential Candidates Talking Down to You? Science Says Definitely

Kids aren't the only ones who say the darnedest things — it would seem some presidential candidates do too.

A study by researchers at Carnegie Mellon University determined that the language used by Republican frontrunner Donald Trump on the campaign trail roughly corresponds to that of an 11-year-old or younger. Trump has proven himself adept at using a brash political rhetoric, often calling his peers (and, in some cases, voters) "babies," "stupid" and "losers." Some might call it schoolyard speak.

Perhaps the study's most revealing find is the degree to which candidates adjust their speaking styles to address different demographics, a tendency most dramatic with Trump and Democratic frontrunner Hillary Clinton.

"This analysis shows the changes that candidates make in the level of their speech according to the type of speech," study authors Elliot Schumacher and Maxine Eskenazi wrote. "It also reflects each candidate's combination of personal delivery style and their analysis of the level of the audience they want to address."

The study also compared the speech patterns of candidates and recent presidents to one Abraham Lincoln, and determined that Honest Abe had the most sophisticated style, while former president George W. Bush had the least. Among the remaining 2016 candidates, Bernie Sanders speaks with the most erudition with language equivalent to Americans between the age of 15 and 18.

But maybe we're just all a stinkin' buncha bullies.