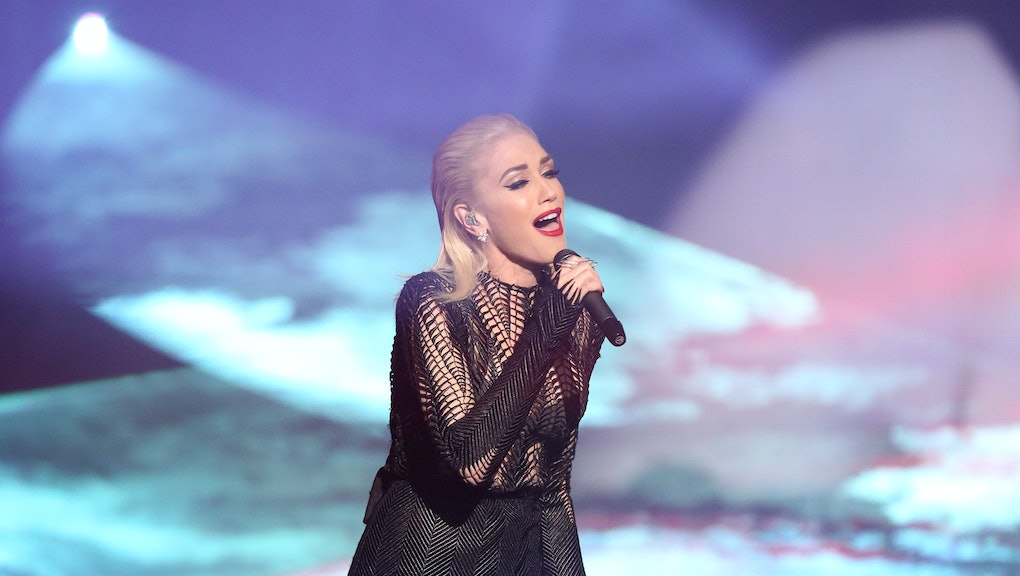 Gwen Stefani "Used to Love You:" Lyrics and Meaning to Single Off New Album

On Friday, pop singer and The Voice host Gwen Stefani dropped her first solo studio album in a decade, titled This Is What the Truth Feels Like. The 12-song LP is the third of her solo career and is available on iTunes. The album was a cathartic experience following her August divorce from Gavin Rossdale, the father of her three children. The first single, "Used to Love You," is aimed directly at him.

Lyrics: The song came out in October and reached No. 84 on the Billboard Hot 100. Atop a slow pop beat, Stefani goes through the very relatable and uncontrollable emotional reeling in the wake of a breakup. "I don't know why I cry/ But I think it's cause I remembered for the first time/ Since I hated you/ That I used to love you," the chorus goes.

She sings, "You can keep all the memories/ I thought I was the best thing that ever happened to you/ I thought you loved me the most."

Stefani wrote the song shortly after the "epicenter of the whole thing," but was told by the record company that it was too personal, she told Billboard in November. So she fine-tuned the song into her hit single of 2015. "I was going along thinking that was going to be the rest of my life and it's not," Stefani said. "I don't know what happened. I've always wanted to write music so desperately because doing it is one thing that really validates me for myself."

The accompanying music video that came out in October is raw and simple, featuring a clearly heartbroken Stefani facing the camera — yet, her expressions are familiar to anyone who's gone through a breakup. The music video is below.