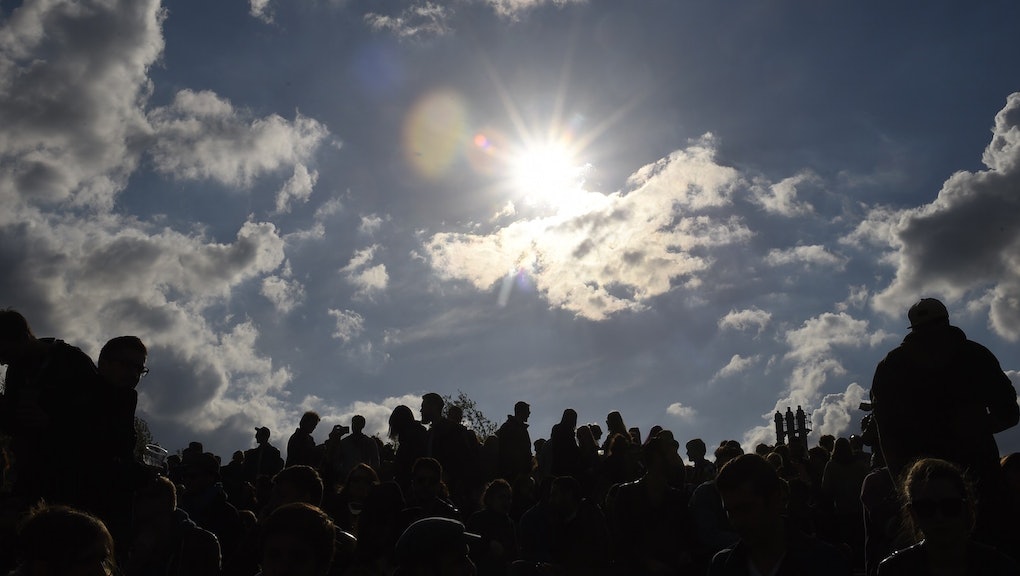 U.K. window blinds manufacturer Hillarys asked 2,465 Britons between the ages of 18 and 25 and found that they don't think much of that meh giant ball of gas that powers the Earth and our entire solar system, the Huffington Post reported.

Indeed, in the hierarchy of five things British millennials considered most crucial to their quality of life, freedom of speech and a good internet connection topped the list at 81% and 69%, respectively.

Sunlight came in a Marco Rubio-esque third with 64% followed by hot water (57%) and Britain's welfare system (37%).

Those who selected the internet as the most important feature of their life report going online 78 times a day on average.

And according to the highly scientific Mic survey of one American millennial, the sentiment appears to be just as similar over here. "I use two MacBooks, arranged like a fort, to tan myself," millennial Robert Kessler told Mic.