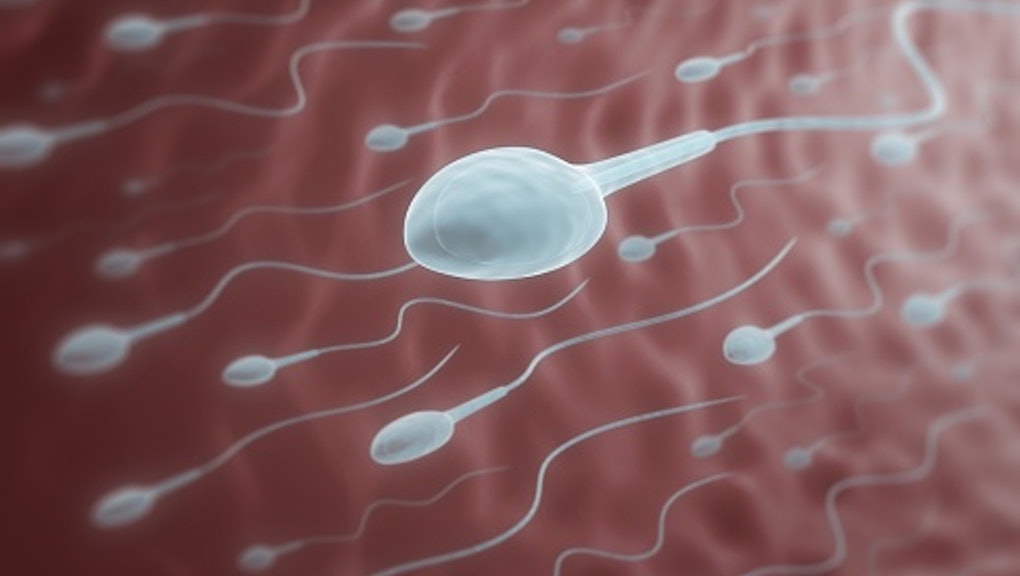 The good folks over at "science" have concluded that sperm can work together in more viscous or "gloopy" environments (the BBC's words) by linking up with one another to achieve a common goal. By contrast, freed from gloopy navigational limitations, sperm seemed more inclined to go it alone.

The research was presented at a meeting of the American Physical Society in Baltimore, Thursday.

"What we are talking about is not just a physical curiosity — this is a real environment that they have to overcome." said Chih-kuan Tung, an assistant professor at North Carolina A&T State who worked on the project, the BBC reported. "If you look carefully, you can see that it's a very dynamic process,"

Watch those dynamos in action here:

The finding was reached after Tung and others took at hard look at bull semen and placed the little swimmers into environments of varying viscosity. Far from just bizarre curiosity, the discovery seems to defy basic evolution as each sperm is ultimately in competition with the other to reach an egg.

With human semen generally of a more viscous nature, the findings seem to suggest that before the dawn of all of our lives, there were three or four siblings we'll never know that helped us get there.