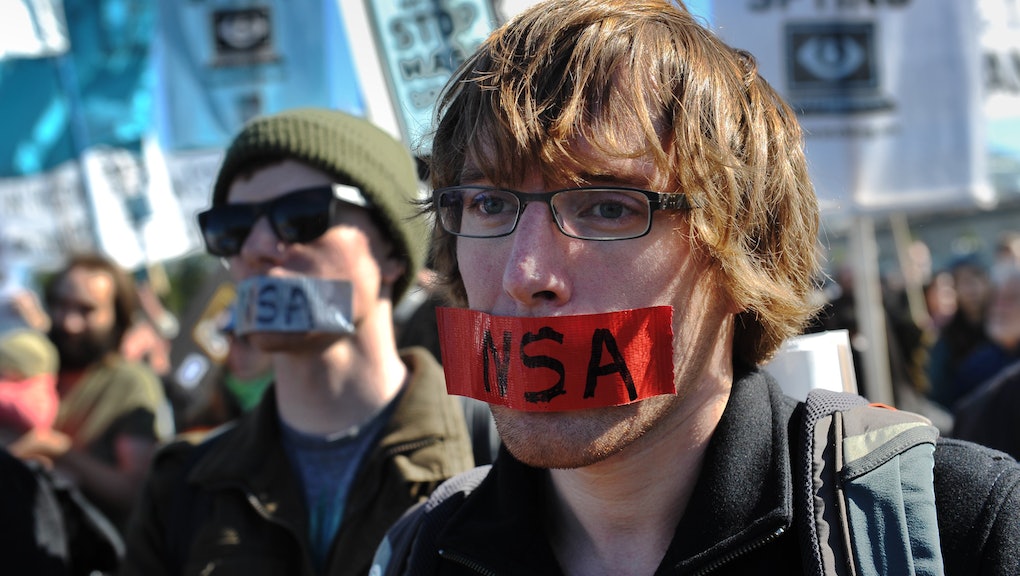 Online Surveillance Scares Us From Speaking Out — Political Minorities Especially

A functioning democracy needs rebels and rabble-rousers — people who will speak out, challenge authority and express dissident opinions. All of that is threatened when people feel like they have to be on their best behavior, and people behave best when they know they're being watched.

Since the rise of Google, the Edward Snowden revelations and Facebook's rise to media dominance, 22% of American adults have responded by changing the way they behave online. But besides being outraged and taking direct action, there's a more subtle menace of free speech and the spread of dissident ideas: the slow creep of self-censorship.

New research from communications professor Elizabeth Stoycheff from Wayne State University in Detroit suggests that now that we live in a time when everyone is being watched, we're more inclined to not express dissident, nonconformist opinions.

The study asked participants about their media use and political inclinations, and found that even among people who support surveillance, "when these individuals perceive they are being monitored, they readily conform their behavior — expressing opinions when they are in the majority, and suppressing them when they're not."

Spiral of Silence: Stoycheff's research builds off a theory from the 1970s called the Spiral of Silence. The hypothesis is that people generally know if their opinions don't reflect majority opinions, they don't express themselves. Then minority opinions become more and more rare, causing more anxiety for those who hold them.

Take this and apply it to Facebook and Twitter — public forums where the smallest expressions can reach millions of people — and you scale that anxiety and self-suppression worldwide.

"Those who hold the majority opinion in these large networks are challenged less and retain their dominant position across a large range of issues, which — in theory — could facilitate a suppression of minority opinion on a global scale," Stoycheff wrote.