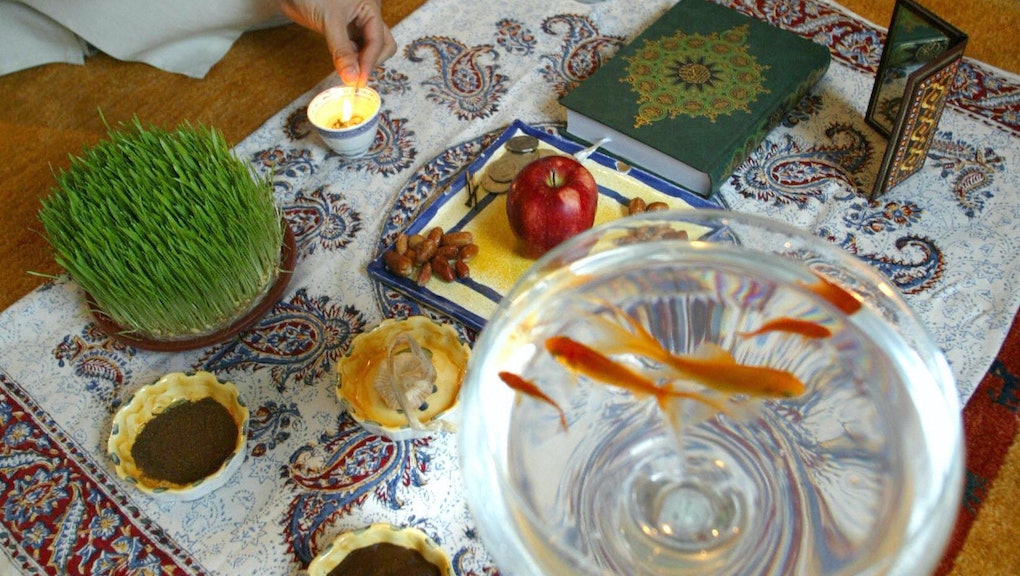 The marking of spring is a celebratory occasion for anyone — you want to escape the cold, which is sometimes comparable to Hoth — but the best celebration for the coming of spring certainly goes to the 13-day Persian New Year's celebration. Nowruz, which translates to "new day" in Persian, marks the beginning of spring, as well as the rebirth of nature.

The holiday also "promotes values of peace and solidarity between generations and within families as well as reconciliation and neighborliness, thus contributing to cultural diversity and friendship among peoples and different communities," according to the United Nations, which added it to the Representative List of the Intangible Cultural Heritage of Humanity in 2009.

Read more: Leap Year Traditions From Around the World Have One Thing in Common: Sexism

Iranian families will begin to celebrate Nowruz by gathering around a haft seen, which is a ceremonial table, and some add a goldfish to the ensemble as a symbolic representation of life. The table has seven items, and each represents a symbol of spring and renewal — each of which begin with the letter "sin" (s) in Persian.

On the final day of Nowruz, families will generally leave their houses to go on a picnic and take their sabzeh (sprouts) with them. As 13 is an unlucky number in the culture, the sabzeh is thrown into flowing water to symbolize "letting go" of any forthcoming misfortunes.

If you're still curious about Nowruz, check out a comprehensive explainer on the holiday below.