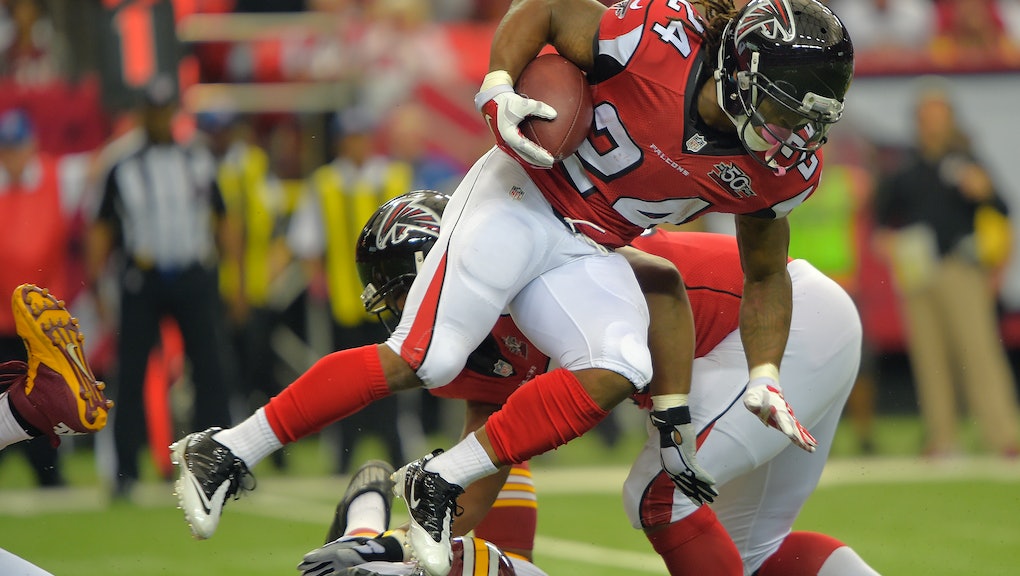 On Friday, the NFL issued a statement warning the Atlanta Falcons the passage of a Georgia state law to provide legal cover for opponents of LGBT rights might mean the team would lose their Super Bowl hosting privileges.

Georgia House Bill 757 would order the state government it cannot "substantially burden a person's exercise of religion even if the burden results from a law, rule, regulation, ordinance or resolution of general applicability." It would also make faith-based "social, educational or charitable services" exempt from the legal consequences of refusing to provide services based on their "sincerely held religious belief."

Arizona Gov. Jan Brewer vetoed a similar proposal in 2014 after widespread criticism the legislation would lead to legalized anti-LGBT discrimination in the state, as well as numerous corporate boycotts.

In the NFL statement released to the Atlanta Journal-Constitution, league spokesman Brian McCarthy wrote "NFL policies emphasize tolerance and inclusiveness, and prohibit discrimination based on age, gender, race, religion, sexual orientation, or any other improper standard. Whether the laws and regulations of a state and local community are consistent with these policies would be one of many factors NFL owners may use to evaluate potential Super Bowl host sites."

The paper reported the warning comes at a particularly bad time for the Falcons — the brand new Mercedes Benz Stadium in Atlanta, scheduled to open in 2017, hopes to score multiple Super Bowls in coming years. Construction costs for the project may hit $1.5 billion.

According to the Washington Post, Atlanta is one of four finalist cities to qualify during the 2019 and 2020 Super Bowl selection process.

Other major corporate opponents of the bill include electronics giant Apple, as well as Salesforce, the organizer of a major marketing conference scheduled for Atlanta in May.