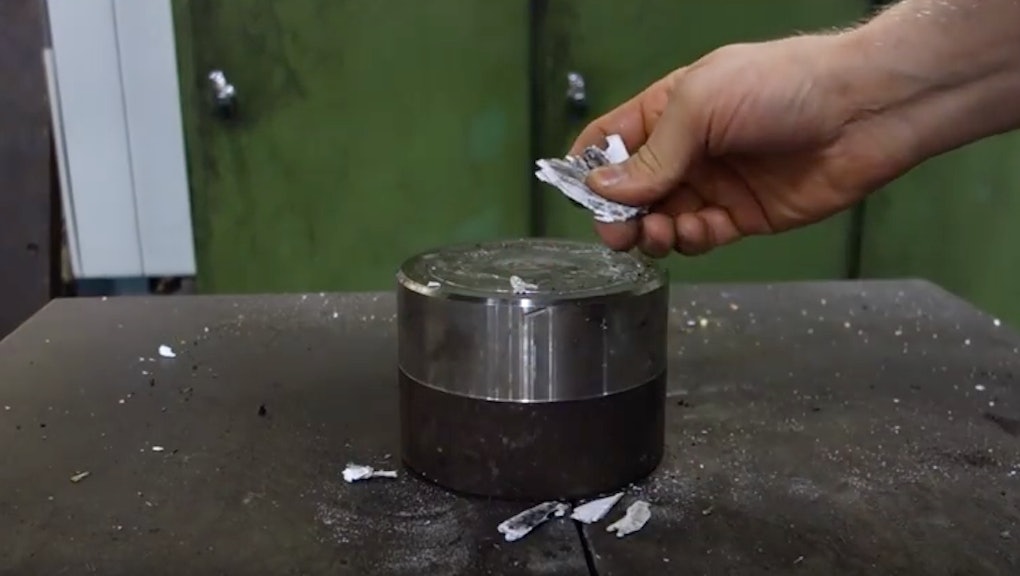 There's an urban legend that a piece of paper can't be folded in half more than eight times, as one fold makes it double in thickness, a process called exponential growth, according to IFLScience. By fold 103, the paper would supposedly be beyond the observable universe.

The Hydraulic Press Channel on Youtube decided to put that theory to the test by folding a sheet of A3 (or 11.7 by 16.5 inches) with a hydraulic press, which uses pressure to crush things. It was working up until the seventh fold, at which point the paper exploded into fragments.

It might be that the explosion was the fault of the hydraulic press, not the paper. In theory, the paper at the seventh fold would be 128 times its original thickness. That fold would have needed a very high amount of pressure, which could have caused the paper to break and the press to crash down loudly, according to IFLScience. Another possibility is that the crystals of calcium carbonate within the paper were compressed so highly by the hydraulic press that they caused the paper to collapse.

In 2007, Mythbusters successfully used a steamroller to fold a gigantic tarp-sized piece of paper seven times.