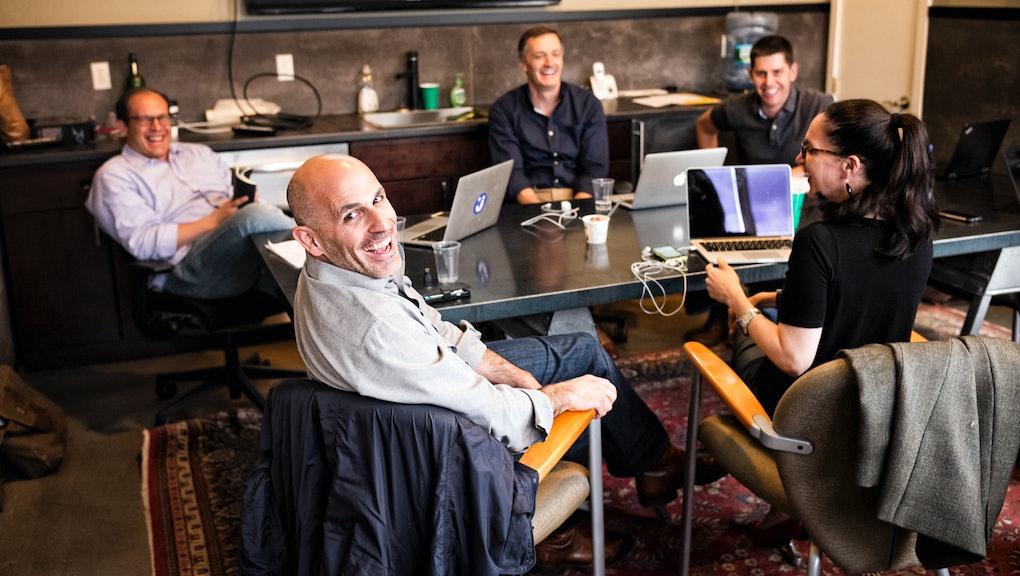 Matt Joseph has the kind of resume investors normally throw money at. His undergraduate degree is from Princeton University, he has a J.D. and an MBA, and his company was borne out of Y Combinator, the most prestigious tech accelerator in the world.

But lately, in the 40 to 50 meetings Joseph has had with investors for his company Locent — a tech startup he pitches as MailChimp for texts — he's been told he's not the right "technical fit" or that they "can't see [him] building this kind of business."

Matt Joseph is a black man in Silicon Valley, and for founders of color, the standards are set much higher than people who fit the classic (read: white, male) techie mold.

In the run-up to a new round of pitches to profit-driven venture capitalists, Joseph wanted to clear the air and talk about the ways he and other people of color face both unconscious bias and outright racism when speaking to potential investors.

"I didn't want to jeopardize our fundraising process by raising the alarm, but after more conversations with colleagues and other people of color, I knew we had an opportunity to shine a light on this," Joseph said in a phone interview.

With a new round of onstage demos only two days away, Joseph told his story Saturday night in a format that's classic Silicon Valley: a 30-part tweetstorm.

The response was explosive. There were thousands of retweets, and many people reached out to Joseph to thank him for telling his story, then shared their own. At some companies, Joseph said, CEOs decided to hold meetings to discuss diversity.

Stories of discrimination from people of color in Silicon Valley are becoming more and more frequent. Twitter engineering manager Leslie Miley publicly resigned from the company when his manager thought the best way to retain minority employees would be to run an algorithm to track ethnic-sounding last names.

At Twitter, blacks and Latinos make up only 6% of all employees, and that's hardly unique.

Code, switched: As much as venture capitalists tout themselves as risk-takers, many of them are looking to make money in familiar ways, with familiar faces: white boys armed with all of the right cultural catchphrases.

"So when someone fits the pattern — white or Asian, went to Stanford, then went to Google — they'll say, 'That person knows what they're doing,' or 'They'll figure it out either way,'" Joseph said. "And they'll write that person a $2 million check."

But when people of color who don't fit the typical template come along, even ones with Ivy League educations and sterling business experience, they don't get the benefit of the doubt.

Risk-taking behavior and nontraditional backgrounds are often read as assets for white founders, but the same traits can be cast as recklessness or inexperience for people of color. Drop out of Harvard to launch a startup? Get this young Zuckerberg some money! But take time off from the historically black Howard University to get an engineering job, as one coder found, and interviewers pump the breaks.

Some investors within Silicon Valley's homogenous culture found it so difficult to imagine an African-American male as a CEO that Matt Joseph's pitch meetings included scattered comparisons to random black celebrities from outside technology.

One VC said Joseph reminded him of Jesse Jackson because he spoke with "good cadence and good tone." The investor suggested he try his hand at being a politician. Another potential investor started a meeting by saying Joseph looked like Pharrell Williams, then spent 30 minutes talking about music before telling Joseph he wasn't the right fit.

A potential investor started a meeting by saying Joseph looked like Pharrell — then told him he wasn't the right fit.

In Joseph's experience, potential investors raised the bar to a significantly higher standard when meeting with him. His experience echoes the mantra that people of color have to be twice as good, and work twice as hard, as white counterparts — just to be considered equals.

One investor he met with, for example, spent two minutes rolling his eyes, checking his phone and pacing the room before declaring that Joseph didn't have the "elite business experience" he looked for in other founders.

One VC said Joseph reminded him of Jesse Jackson, because he spoke with "good cadence and good tone"

"I looked up his portfolio, and he'd invested in people less experienced than me by every mark," Joseph said. "I could only infer he had a different standard for me than other founders."

What can be done: Joseph believes the first step to solving these problems is to look around your own workplace and intentionally begin the conversation within a company's network. Ask explicitly for these stories, and they're bound to surface.

"Before you identity your own subconscious bias, you need to look to people who can show you their experiences," he said.

Another solution is to directly create pipelines for people of color to enter technology by providing tangible support from education all the way up through funding. Joseph cites Google for Entrepreneurs as doing exemplary work.

Beyond unconscious bias training, nothing demonstrates confidence in diversity like cold, hard cash that founders can use to build businesses, become role models and pave the way for other founders of color.

This week, Joseph walks into another round of fundraising, a seed extension to build his four-person company into a dozen employees. He's not worried that the tweetstorm will alienate too many investors, and even then, he's resolute that those investors aren't the ones he wants to work with in the first place.

"I hope it doesn't negatively affect my ability to fundraise, but if people are now more able to consider stories of bias, than we did our job and it was worth it," Joseph said.