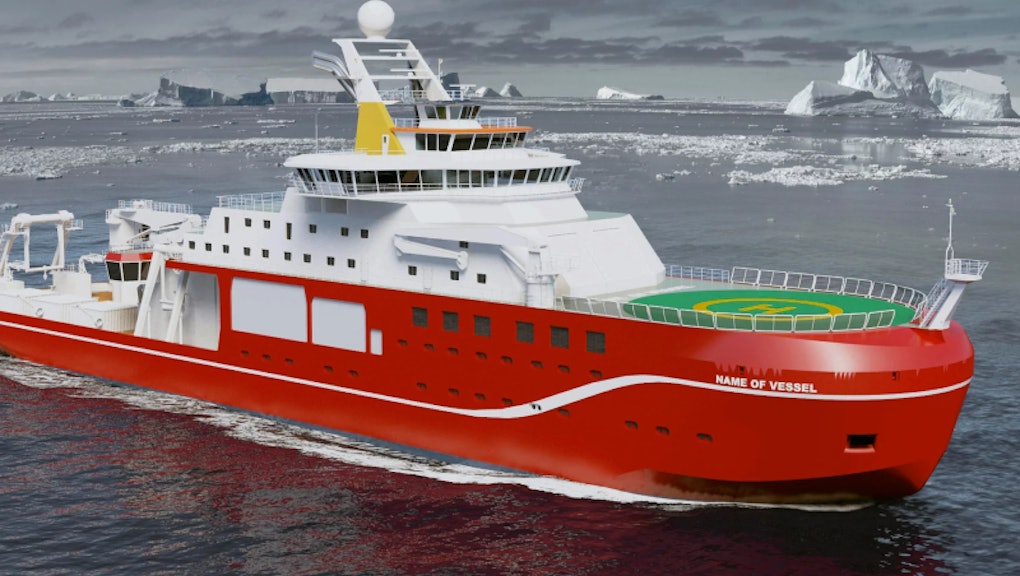 The Natural Environment Research Council (NERC), a research organization in the U.K., learned all about the dangers (and joys) of crowdsourcing last week when it turned to the internet to "suggest" a name for its new polar research ship. On Thursday, the NERC launched an online poll to decide on a name for the expensive new vessel — and right now, the leading candidate is RRS Boaty McBoatface.

On Monday, the name RRS (royal research ship) Boaty McBoatface was in the lead with almost 30,000 votes, beating out more serious suggestions like RRS Pride of Britain and RRS Aurora. Of course, there were plenty of other joke entries, like RRS Icey Smashy-Smash — but Boaty McBoatface was the clear frontrunner.

The instigator of all this internet madness was James Hand, who first suggested the name Boaty McBoatface. On Sunday, he tweeted an apology to the NERC.

"I've apologized profusely to the people behind the website," Hand told the BBC on Monday. But the research organization is taking it all in stride.

"We've had thousands of suggestions made on the website since we officially launched; many of them reflect the importance of the ship's scientific role by celebrating great British explorers and scientists," Alison Robinson, director of corporate affairs at the NERC, told the BBC. "We are pleased that people are embracing the idea in a spirit of fun."

The poll will remain open until April 16, but the NERC will have the final say on the name for the ship, which won't set sail until 2019.