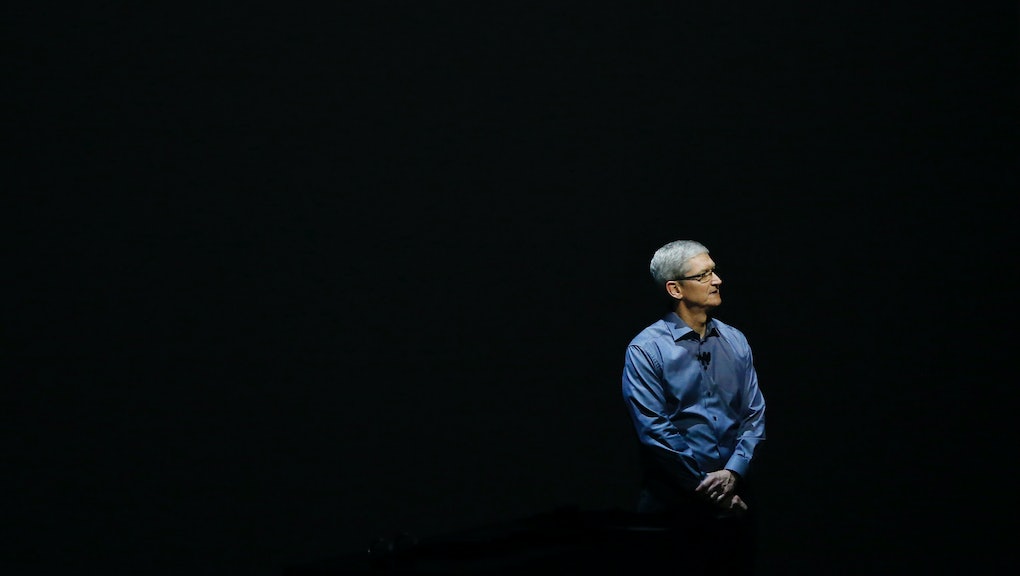 At the 2016 Apple Event, Tim Cook Takes a Big Swing at the FBI

At Apple's product release on Monday, CEO Tim Cook had to clear the air. Instead of opening with the announcement of a new phone or tablet, he addressed the government-sized elephant in the room: Apple's battle against the FBI.

"We need to decide as a nation how much power the government should have over our data and over our privacy," Cook told the crowd in Cupertino, California.

Propaganda war: The debacle between Apple and the FBI has been a storm of accusations, doomsday hypotheticals and bad analogies. It's dominated the tech news cycle for the better part of a month as Apple challenges the FBI's demand, polarizing politicians, the tech world and the public.

Black Lives Matter activists and civil rights leaders came out in support of Apple, and John Oliver dedicated 18 minutes of his show to do a deep-dive on explaining the issue.

Meanwhile, the FBI says that the fear-mongering about total worldwide penetration and surveillance of everyone's iPhone is ludicrous — that it simply wants access to one phone.

"We simply want the chance, with a search warrant, to try to guess the terrorist's passcode without the phone essentially self-destructing and without it taking a decade to guess correctly," FBI director James Comey wrote in an open release following the national outrage. "That's it. We don't want to break anyone's encryption or set a master key loose on the land."