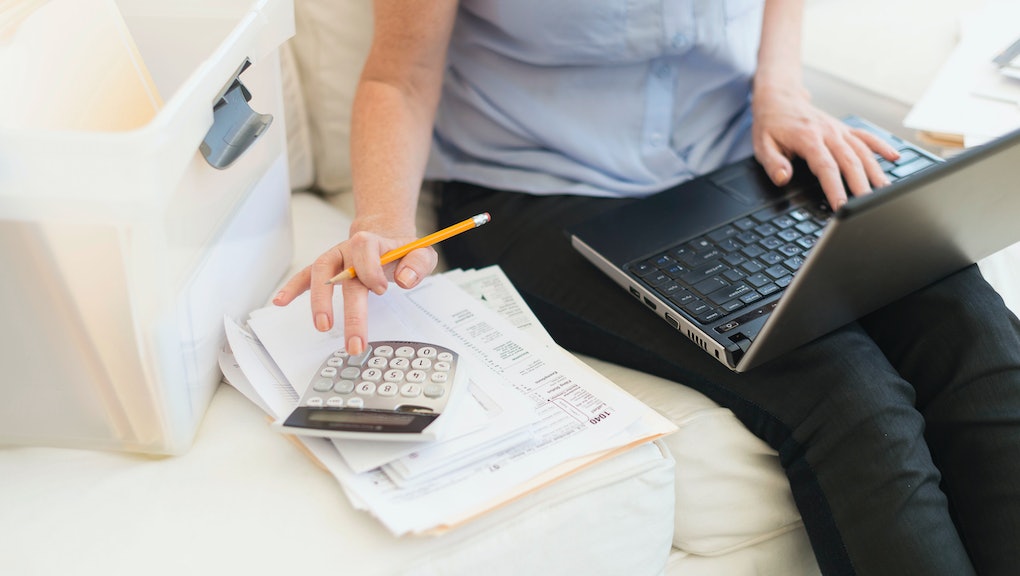 A Mom Sent Her Son a $39,000 Bill For Being an "Unappreciative Asshole"

Hell hath no fury like the mother of an entitled, lazy, narcissistic millennial.

One such mother in Toronto has taken her frustration over having to bankroll her 23-year-old son's lifestyle, along with her impressive Quickbooks skills, and used them to send him a powerful message:

Bitch better have my money!

"Mom gave me an invoice for supporting me for three months," Reddit user Chalipo wrote in a post on the subReddit /r/funny last month. "Charged me $1000 for being an unappreciative asshole."

Other charges on the list included home utilities, prescriptions, cleaning services, health insurance and "specialty meals" — all things that are often consumed by entitled, lazy, narcissistic millennials, who might still be living at home with their parents because they're burdened with too much student loan debt to be able to afford to move out.

In a new interview with TODAY, Chalipo's mom said that her invoice was just a lighthearted gag and she does not actually expect her son — who, statistically speaking, is probably making way less money than his parents did — to pay her the $39,000 she is owed.

"It was intended to be tongue-in-cheek, although obviously I was a little annoyed by him, as you can see with that thousand dollar itemized 'unappreciative' comment," she told TODAY. "But he was never expected to pay it. It was really just to prove a point and to make him wake up."

Will the wake-up call help Chalipo overcome his inherently entitled, lazy, narcissistic millennial nature and get a job, despite the dismal employment prospects facing his generation? Only time will tell.

(No, but seriously, our generation is totally screwed.)