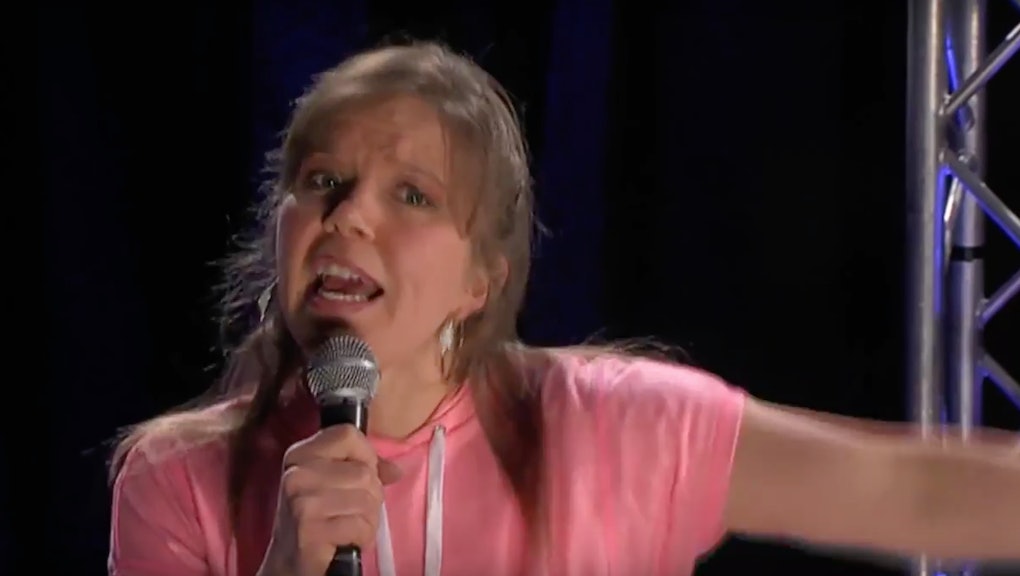 One "concerned" Alberta, Canada, mom lost herself in the music, the moment, when she recorded a rap for YouTube. The misbegotten rap addresses Alberta's recent move to all-gender restrooms.

The refrain that anchors this not-dope rap track, titled "Gender Bender," goes as such:

This is just a fender bender

Alberta's education minister released guidelines for best practices regarding sexual orientation and gender identity in January, and schools were required to implement them by the end of March, according to Mercatornet.

Increasingly, schools are becoming the battleground for transgender rights. Though some schools are doing away with gender-divided bathrooms, some schools are looking to enact dehumanizing, draconian laws based on genital "visual inspection." All of this despite the fact that there is no data showing that trans people are a threat in bathrooms.

It does go beyond schools, too. One Florida Republican went so far as to try to ban trans people from bathrooms unless they use the one that corresponds to their "biological sex, either male or female, at birth."

"People are not forced to go the restroom," he said in an interview with BuzzFeed. "They choose to go to the restroom."

However, as is the case when anything about transgender rights is brought up, this Alberta mom seems only focused on the bathroom aspect. The same thing happened in the United States when the Houston Equal Rights Ordinance failed to pass: Opponents of the statute reduced the measure, which was a comprehensive rights ordinance, to a simple (and false) argument that "men in women's bathrooms" could cause problems.

In that sense, the Alberta mom's raps aren't only bad, they're unoriginal. Her defense against allowing people to feel comfortable in their own bathrooms includes: the animal kingdom, the number of trans students and teachers' pay.

Can we focus rather on educating

Her animal kingdom lyric is actually rather baffling:

Listen, listen to what I say

Considering that female hyenas have pseudopenises, male seahorses give birth and several species of fish switch genders, perhaps this mom needs to leave the rap game and crack open a book.

And here are a few verses for you, "concerned" Alberta mom: