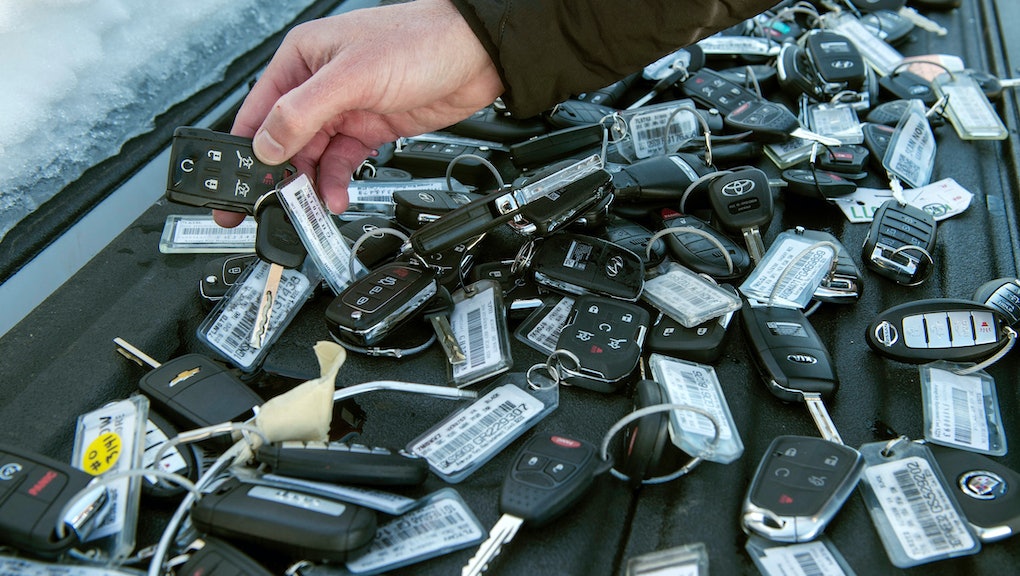 It can be a real pain to get those keyless car fobs to reliably open your car without fiddling around. Unless you're a skilled hacker. Then you can get in without even having the key.

A new study performed by a group of security engineers from the German automobile club ADAC cracked into 24 different car models by hacking their keyless locking systems, Wired reports. They believe hundreds of thousands of vehicles are vulnerable, and although more models could be at risk than the ones they tested, they were able to get into cars made by Audi, Ford, BMW, Honda, Kia, Mazda, Subaru, Toyota and others.

The hack is called an "amplification attack," and it works by using a custom device to find a car's key at a distance and amplify its internal range so that it can reach the car from wherever the owner has stored it. Then, hackers can get right in, and even start the car, without having your key.

Previously, you'd have to spend up to a thousand dollars to pull of this kind of amplification attack, but the device built by the German researchers only costs about $225. You can see the method the researchers used in the video below, though it's in German without subtitles:

Getting jacked vs. getting hacked: If the idea of your car being stolen from your garage while you're safely tucked away in bed scares you, at least they're not trying to mess with your car while you're driving it.

Last year, a pair of hackers found a comprehensive way to seize control of a Jeep Cherokee from miles away. They were able to stop the car entirely, turn up the AC and blast Kanye West at full volume while shouting, "You're doomed!" at the helpless driver inside.

Computers and sensors are slowly creeping into auto manufacturing, with digital systems playing a bigger role every year. But when cars are self-driving, internet-connected systems will have total control of a car's acceleration and steering. If a hacker got access to these systems, the threat to human life would be direct.

The companies most interested in bringing about the self-driving future are already battening down the hatches and building their defenses. The pair of hackers who remotely hijacked that Jeep were hired shortly thereafter by Uber.