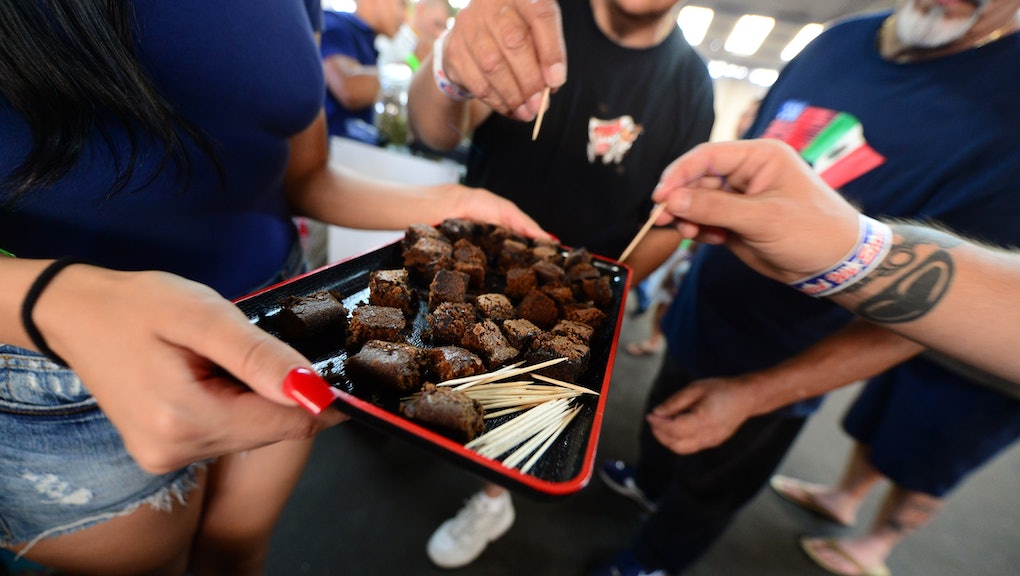 What Happens When You Eat Too Many Marijuana Edibles? Stay Calm — It Won’t Kill You

Many marijuana users already know that smoking pot can be a much different experience than eating edibles made with marijuana: Even in states where the sale of recreational marijuana is legal and regulated, it can be hard to determine the amount of THC, the main chemical that induces a "high," in an edible, meaning many users can wind up with a stronger dose than anticipated.

Read more: Scientists Have a New Way to Help Keep Weed Edibles From Hospitalizing You

Multiple studies have shown that "the labels on marijuana edibles are seldom trustworthy," FiveThirtyEight reported in July, and that edibles can have more THC than they claim. Consumed in high doses, THC can lead to "anxiety, drowsiness and vomiting."

There are plenty of firsthand accounts of people eating edibles and winding up with an uncomfortably strong high. When New York Times reporter Maureen Dowd tried a marijuana edible in 2014, she wound up "curled up in a hallucinatory state for the next eight hours," paranoid, thirsty and too distressed to move. So what should you do if you wind up with a much more powerful high than expected after eating an edible? First, don't panic.

Even if you feel like you're going to die, you aren't. In order to consume enough THC to be lethal, you would need to ingest the equivalent of "20,000 to 40,000 times as much marijuana" as is in a normal joint, according to a 1988 ruling regarding the safety of marijuana for medical use. If you ate too many edibles, you haven't consumed enough THC for it to kill you, but that doesn't mean you aren't going to be pretty uncomfortable.

Edibles can take a while to kick in, but once they do, the high will likely last a while. If you're feeling anxious, or even experiencing hallucinations, as Dowd did, know that this too shall pass.

Pot-news website Leafly recommends trying to distract yourself from a too-intense high by going for a walk (only if you're familiar with your surroundings, though), watching a funny cartoon, snuggling with a friend or listening to music you like. It's also important to have plenty of water around: As Dowd found, eating edibles can lead to dry mouth, which can be especially uncomfortable if you're already feeling anxious.

Just try to remember that the high won't last forever, and that you're by no means the first one to feel like you're too high: In October, an Ohio man called police to complain that he was too high. They found him curled in the fetal position, surrounded by Doritos and cookies.