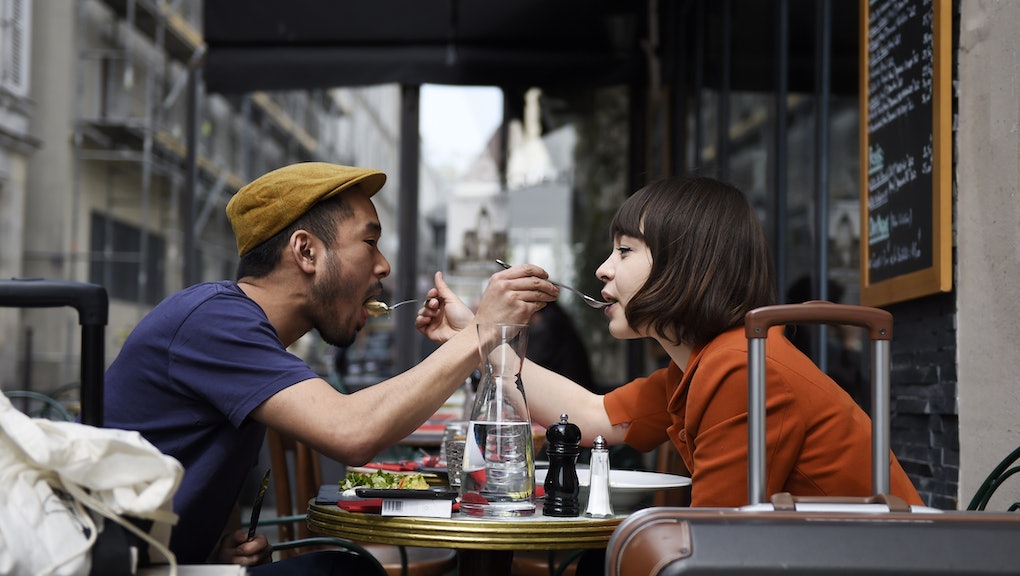 Men Who Say They Are "Colorblind" in Dating Actually Do the Opposite, Study Suggests

In 2016, you're probably more likely to hear someone express that they are open to dating outside of their race. But according to a study published in the Journal of Social and Personal Relationships, white college-aged men who claim to be "colorblind" tend to be less attracted to black women, as opposed to white men of the same age range, who don't subscribe to the "colorblind" ideology.

The study, carried out by researchers at Tennessee State University and University of Illinois at Urbana-Champaign, found that men who endorsed multiculturalism, or the idea that different cultures and races can co-exist, were more likely to be attracted to another race. Inversely, the white men that believe in color-blindness are less likely to be attracted to black women. Another interesting point from the study: Black men who adopted a colorblind ideology were also less likely to find black women attractive.

The study gathered 124 college-aged men, 62 black and 62 white, and had them view several online dating profiles to gauge their romantic interest in each of the women listed. The men were also asked to tell researchers the demographics of their friend group, explain what "color-blind" meant to them, and then to address the concept of "multiculturalism."

"These results are important because they suggest that it is more than a mere absence of prejudice that can foster interracial attraction but that a conscious commitment to the recognition and valuing of difference across race may be what is influential in interracial attraction," the authors wrote in the study, according to Fusion.

Read more: Interracial Dating Was Illegal in the US Not Too Long Ago — Here's the Important History