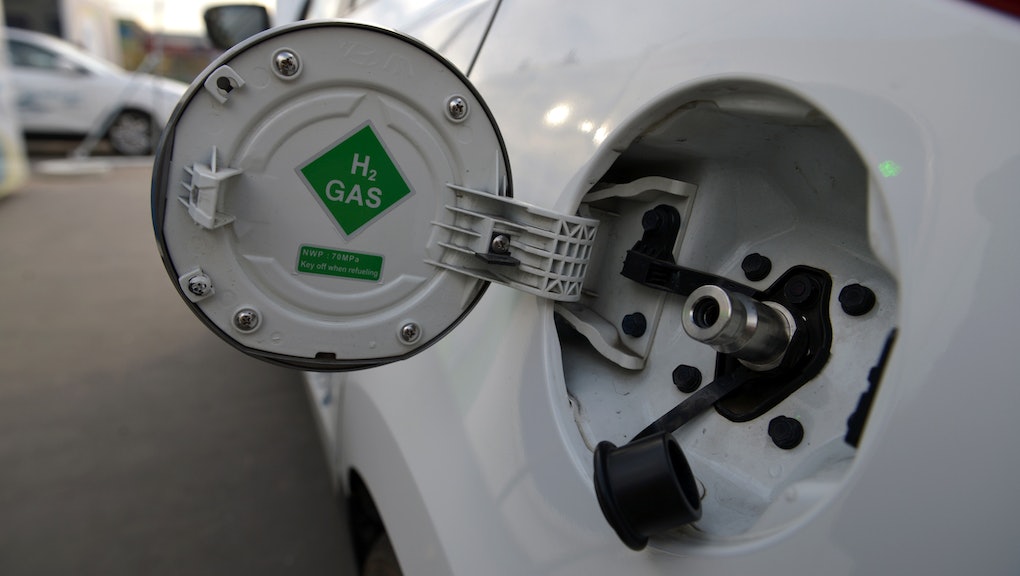 Hydrogen Cars Are the Key to Your Next 6,000 Mile Eco Friendly Road Trip

The Hyundai ix35 fuel cell electric vehicle just broke a world record — and a pretty awesome one at that. It just completed a dizzying, continuous six-day journey for 6,096 miles on a motorway that encircles London.

The London Hydrogen Network Expansion, which seeks to expand the number of hydrogen fueling stations across the United Kingdom, spearheaded the experiment.

The car was only allowed to stop for refueling (which, incidentally, only takes three to five minutes). The demonstration broke another record, too: The car travelled 400 miles on one tank of hydrogen, further than any other fuel cell electric vehicle.

Read more: This Hydrogen Fuel Cell Will Power the Bike of the Future

Drivers took shifts and swapped during refueling. In total, the little Hyundai that could did approximately 50 laps of the 117 mile motorway.

The record-breaking journey began on March 14 during the U.K.'s Hydrogen Week and is no doubt excellent publicity for the LHNE which "aims to deliver a publicly-accessible network of 700 bar hydrogen fueling stations London and the South East," according to their website.

The major attraction of fuel cell electric vehicles like the ix35 is that they have zero emissions. However, hydrogen fuel has a reputation for being dangerous, given how easily combustible it is.

But a 2014 Computer World article calls that theory a misconception.

"I think it's just our perception of hydrogen being extremely flammable and dangerous compared to what we're comfortable with in this day and age, which is gasoline," Jana Hartline, a Toyota spokeswoman, told Computer World. "Gasoline is also an extremely flammable fuel, and one that does not escape like hydrogen."

If this all sounds good to you, don't get too excited. There are currently only 44 hydrogen stations in the United States and, given the high costs of developing such infrastructure to power the cars and the relatively low demand for them, it could be a long while before you're attempting your own hydrogen-powered world record.