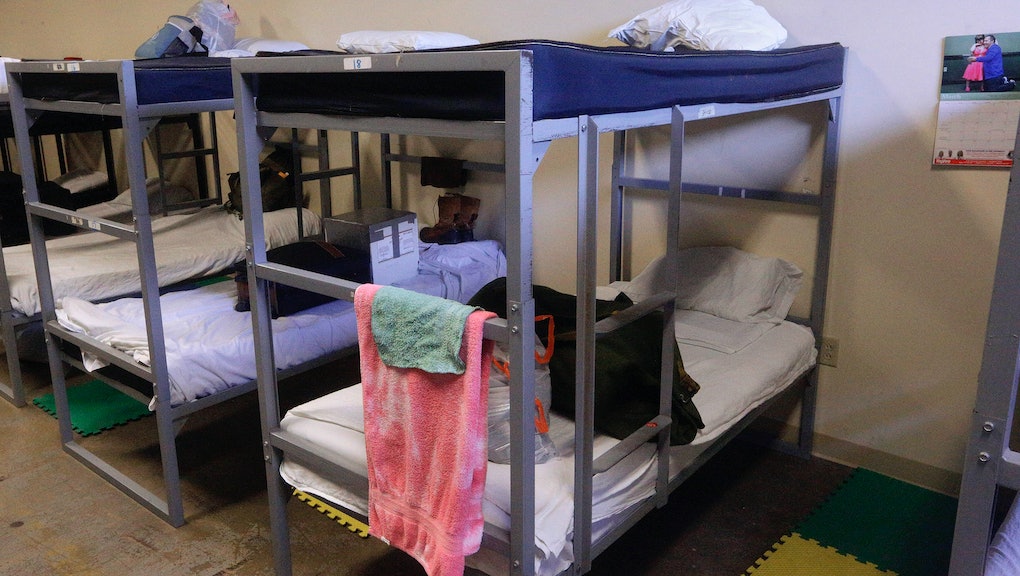 Time and time again, research has shown that chronic poverty and the inability to access affordable housing are directly correlated with a greater risk of mental illness. It's a vicious cycle that has kept some in the United States excluded from achieving a normal life and has made it difficult for those persons to remain employed, maintain relationships, or gain access to an education.

Most recently, researchers published a study online in January, in which they interviewed 16 people suffering with severe mental health disorders. The researchers found that the individuals who were interviewed shared many of the same coping characteristics as people living in poverty, who weren't afflicted with any ailments.

A study published in 2005 by the American Psychological Association helps to confirm the inverse correlation: The poorer an individual is, the higher their chance of mental illness. The study, which was reported on in the American Journal of Orthopsychiatry, instigated a database of 34,000 patients for seven years.

"The poorer one's socioeconomic conditions are, the higher one's risk is for mental disability and psychiatric hospitalization," Christopher G. Hudson, author of the study and professor in the school of Social Work at Salem State College, said in a statement. This was found to be the case no matter what type of economic hardship or mental illness suffered.

Another study found that people at the bottom rung of the socioeconomic ladder have eight times the relative risk for schizophrenia than those on the opposite end.

The stigma associated with mental illness can prevent individuals afflicted from becoming a fully functioning member of society. For example, people living in poverty often lack the financial resources to live adequately, and are less likely to have access to quality health care.

People with mental illness are often unable to create income for themselves, due to their severity of their disorder. Others may find themselves denied employment, due to the stigma people associate with their illness. These circumstances tend to drive individuals with mental illnesses further into poverty, and their conditions become worse without access to health care.

"As a result of all these factors, people with mental disability are much more likely to experience disability and die prematurely, compared with the general population."