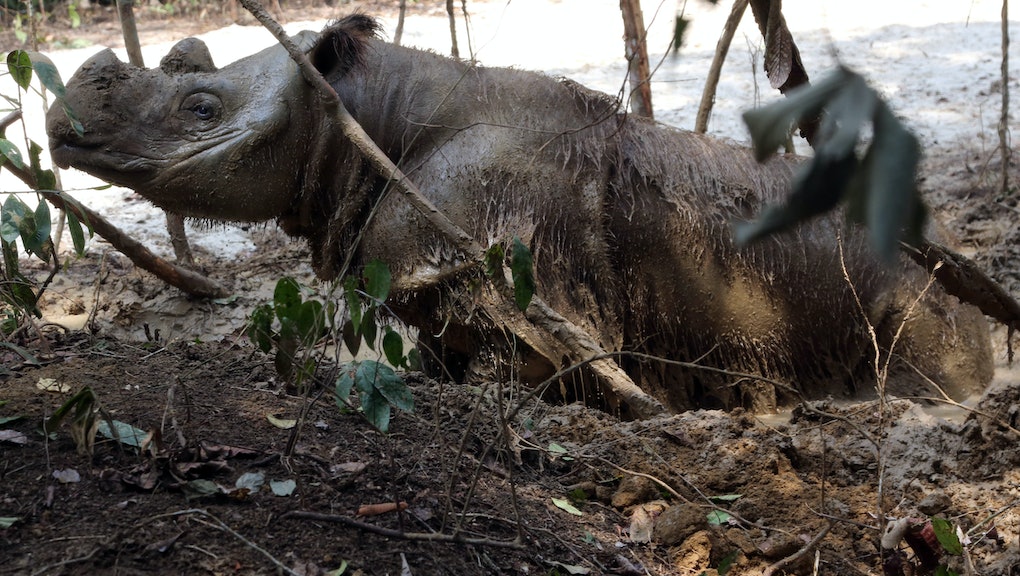 On Tuesday, the World Wide Fund announced on Facebook that the first sighting of a Sumatran rhino in 40 years has occurred in Indonesian Borneo. The female rhino, which is around four to five years old, was taken to a protected forest to "establish a breeding population," after she was captured in a pit on March 12, according to a press release.

"This unprecedented discovery and unparalleled operation boosts our hope to save one of the most endangered species and an iconic symbol of the majestic Asian rainforests," Marco Lambertini, Director General of WWF International, said in the press release. "This is an exciting moment in our efforts to save the world's amazing biodiversity."

Read more: This Is the World's Latest Endangered Animal

Past poaching nearly wiped out the rhino species in the wild, which sparsely repopulate to begin with, Live Science reported. Logging, mining and human development has also attributed to the rhino's loss of habitat, according to the press release.

In 2013, Sumatran rhinos were considered extinct in Malaysia and it is estimated that there are less than 100 left in the world.

Footprints and photos of the Sumatran rhino were discovered in 2013, the Huffington Post reported. Throughout Kutai Barat in Indonesia, 15 rhinos have been found since.

To protect against poachers, the sanctuary's location will be kept under wraps, according to the Huffington Post.