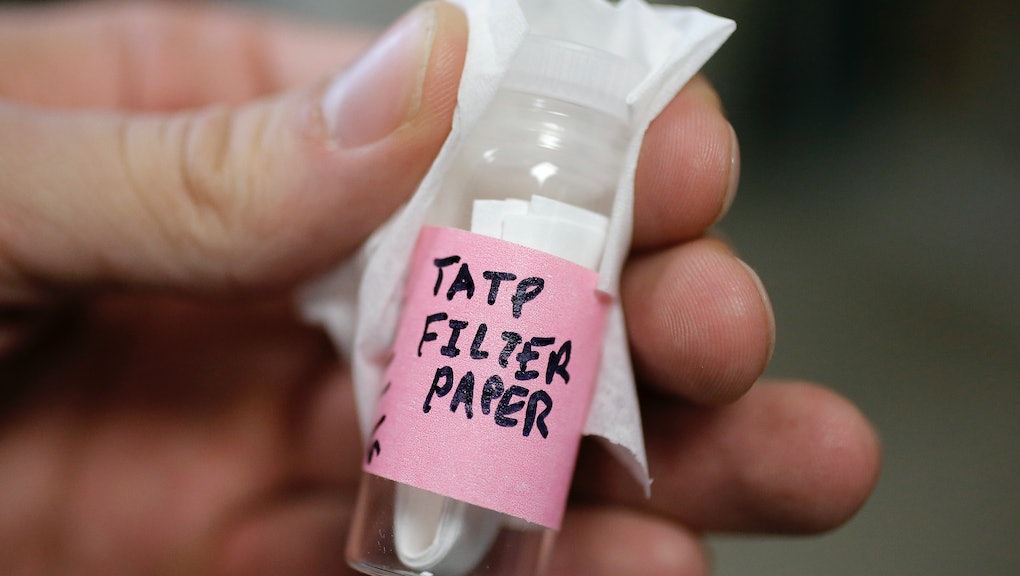 What Is "Mother of Satan"? What You Should Know About Explosive Used in Brussels Attacks

As more information about Tuesday's terror attacks in Brussels unfolds, the mechanisms behind the deadly explosions that killed at least 31 people in the Belgian capital are starting to be clarified.

After reports that investigators had found an explosive known as triacetone triperoxide, or TATP, in the home of one of the people allegedly behind the bombings, some speculated that TATP, also known by the nickname "The Mother of Satan," was the primary agent behind the blasts, the Washington Post reported. But what is TATP, and how did it earn such a frightening nickname?

TATP is noteworthy both because the ingredients are fairly easy to find and because it is so volatile. According to the Post, " A few grams of TATP can easily blow off fingers, while concentrated pounds of it are devastating."

TATP, aka "Mother of Satan," is made with chemicals, like acetone and hydrogen peroxide, that are easily acquired — 32 ounce can of acetone can be purchased on Amazon for less than $10 and shipped straight to your front door — but when mixed together, make a highly explosive white powder.

The notorious explosive was also used by terrorists in the November Paris attacks and the 2005 London bombings. CNN reported that, while the ingredients of TATP are simple, the process behind making the explosive is difficult "because their ingredients, when combined, are highly unstable and can explode easily if mishandled. To make an effective TATP bomb requires real training."