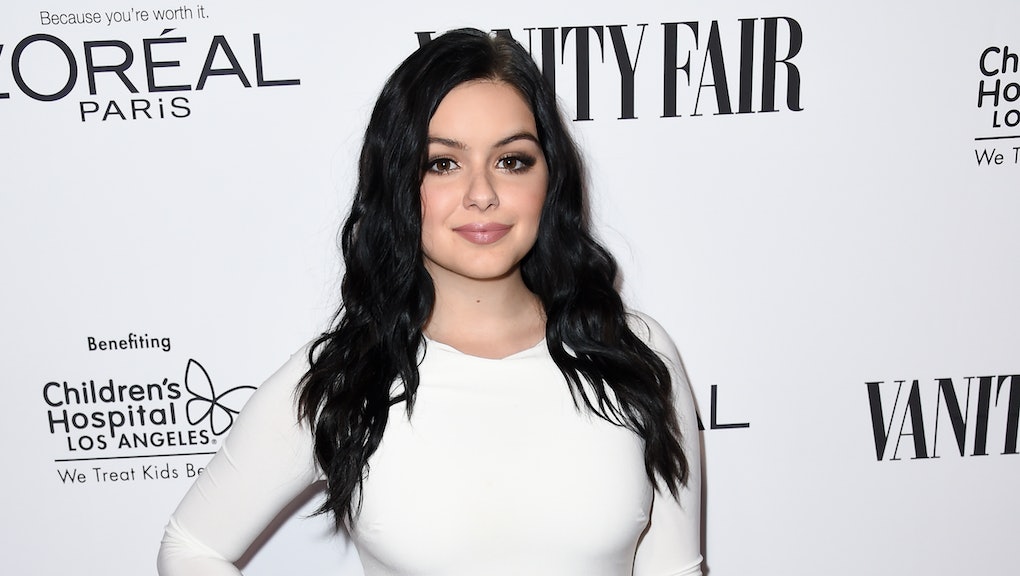 Ariel Winter once again defended Kim Kardashian West and lauded Kim K as a role model for body positivity. According to People, Winter said of Kardashian West, "I think she's promoting body positivity. You know, young girls being able to express that they don't have a stick-thin body — they're curvy," during a segment on Kyle and Jackie O, an Australian radio show.

For publicly defending her March 7 nude selfie, Kim Kardashian West sent Modern Family's Ariel Winter a bouquet of white roses. While others, such as Piers Morgan and Chloë Grace Moretz, criticized Kardashian West's picture, Winter had defended the reality TV star with a series of empowering tweets and images.

After seeing Winter's tweet, Kardashian West sent the flowers, with the card reading, "I really appreciate your support. Women supporting other women is so powerful." To that, Winter replied in the caption, "Ps. I gotchu @kimkardashian always xo."

On March 8, Winter revealed the double standard between how men and women are sexualized by tweeting, "No one was body shaming @justinbieber when he posted his nude guitar photo so why @KimKardashian?" However, Bieber's photo was posted without his permission, according to Teen Vogue.

Winter has spoken out against body shaming before, such as last November when Instagram users went off on a photo of her in a swimsuit with her nieces, according to Us Weekly. Winter fought back by saying everyone should wear whatever they want without being harassed.

Read more: Ariel Winter Is Not Ashamed of Her Breast Reduction Scars — But Thanks for Your Concern