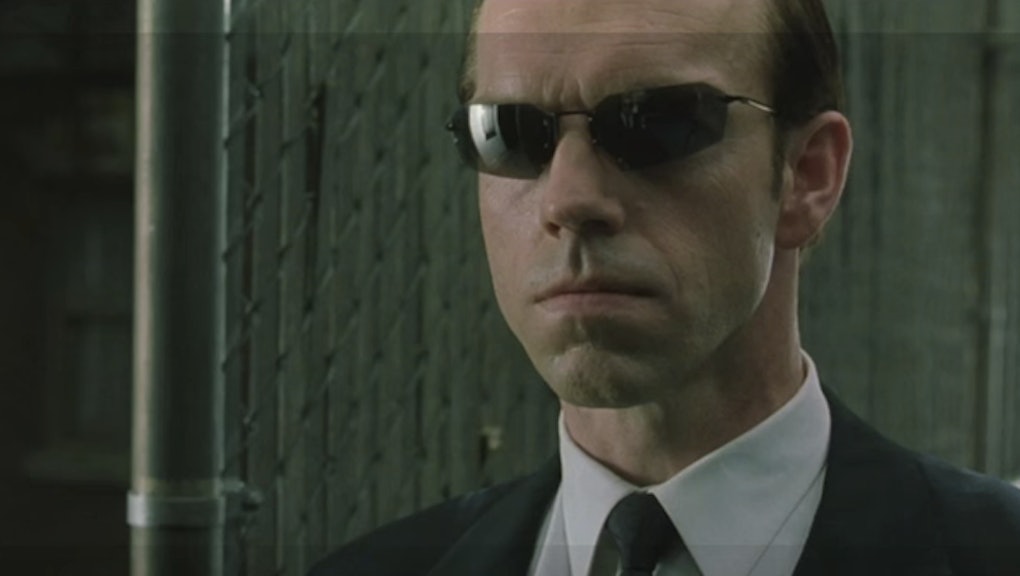 If you've seen the Matrix movies — or even if you've just seen the first, which is probably enough — you know that Neo, played by Keanu Reaves, is widely believed to be the One. You know, the One who will finally free the humans from their machine overlords and manipulate the world within the Matrix, and can also fly? Hell, his name is a not-so-subtle anagram of "one."

But according to a fan theory that's been circulating the internets, Neo isn't really the One after all — the real One is actually Agent Smith, the computer generated antagonist who seems like the Bad Guy during the whole trilogy. According to a 2015 YouTube video from The Film Theorists explaining the fan theory, Agent Smith meets all the criteria for the One: He was born in the Matrix, he can change it and he can seemingly go against the rules of the program.

The end of the movie can also support the theory that Smith, not Neo, is the One: The Matrix can only reload when the One plugs into the source — Neo does plug in at the end, but things don't really end until Smith assimilates into Neo and plugs-in through Neo's body.

According to the theory, the whole mix-up is actually the Oracle's fault, she's the one who created the One and she's the only person who actually knows who it is. The Film Theorists highlight the end of the series, when the Oracle meets with the architect, a powerful computer program, and they basically allude to the fact that she lied about Neo being the One in order to negotiate a peace between humans and the machines. Or they do if you believe this wacky fan theory, that is.

Read: A New Fan Theory About 'Game of Thrones' and Jon Snow Is the Wildest Yet